The magnificent Mick Harvey, founder of The Birthday Party and one of the main authors of fabulous Nick Cave and the Bad Seeds in 80s, Steve Shelley drummer of New York band Sonic Youth, JP Shilo and Glenn Lewis are performing together in https://www.mickharvey.com. Mick Harvey’s return in October 2019 presented songs from his four solo albums after a few years of live shows focussing on his Serge Gainsbourg interpretations and a world tour with PJ Harvey. The former-Bad Seed joined on a double bill with his close collaborator J.P. Shilo (Hungry Ghosts/Rowland S. Howard/The Blackeyed Susans) and a band including Glenn Lewis (Cambodian Space Project) on bass and Steve Shelley (Sonic Youth) on drums.

J.P. Shilo first appeared on the scene in the 90s with his instrumental group Hungry Ghosts, starting with Rowland S. Howard who produced their first LP. Soon they would record a follow-up album in the Sonic Youth studios entitled Alone, Alone; which one reviewer described as “…blessed with the ability to utter a million words with a single instrumental phrase and to turn a melancholy passage into a triumphant climax.” A multi-instrumentalist who thinks different, created the “sound” of numerous Australian albums, including Adalita Official’s award-winning debut solo album, „Close Your Eyes“ and See LP from „The Blackeyed Susans“ and five of Mick Harvey’s LPs, including the latest batch of Serge Gainsbourg interpretations, Delirium Tremens and Intoxicated Women.. etc. He was recently commissioned by The City of Melbourne to create a new work for Melbourne Town Hall Grand Organ Jubjoté which was premiered on November 8th 2018. Steve Shelley everyone knows but he is best known as the drummer of Sonic Youth. He currently records and tours with Thurston Moore, Spectre Folk, Howe Gelb, J.P.Shillo and Riviera Gaz.

“I could not possibly pick out one special moment that stood above my other experiences. It would be sad if I could, in some way, as then everything else would just be in the shadow of that great moment – like a one-hit wonder or something. Fortunately I’ve had many highlights –  The Birthday Party, Let England Shake and other stuff of Polly’s, The Serge albums, my recent solo albums, Rowland S. Howard’s solo albums, innumerable Bad Seeds recordings. I could go on,“ explains Mick Harvey about his variety of work. 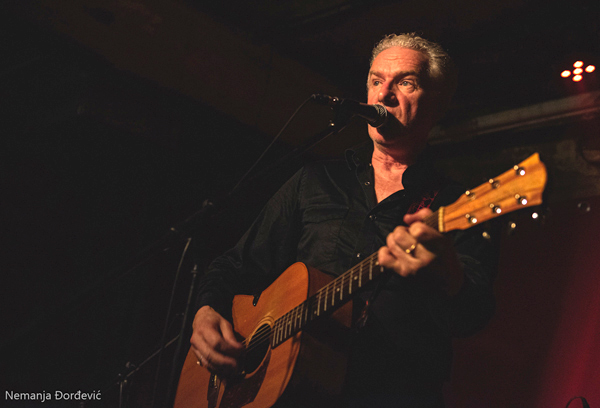 There are important bands that are using too much stage effects: sometimes special effects or computer used trivializes music. It is the point when the performance serves the music, not another way around. In the case of Mick Harvey, there are no other performances but music performance. Harvey once explained in his promotional interview that “he does not perceive himself as a “songwriter” in the traditional sense, whereby the practice is: something they have done historically and something they’ve worked on as central to what they are as an artist.”

The gig started with Harvey’s keyboards broke down. As the night went on, and a dream-like image right there in front of us presented one of the Bad Seeds Harvey and one of the Sonic Youth Shelley, legends joined together with JP Shilo and Glenn Lewis. It seemed as a strange surreal shot. The band was in focus, on a very small, claustrophobic stage, Harvey’s keyboards played some sort of weird sounds like a scene in the film we created in our minds! Almost like there were various elements of the show generating a sense of time and space, as well as setting a mood, suggesting a state of mind.  Harvey played most of the instruments, finishing one song with one instrument, starting the other song with another instrument.

The energy and intensity joined together in the unique atmosphere, as a natural response to the music on the display and as a reaction to many subliminal thoughts, which led to the very essence of being in music. And yet I am standing in the crowd. Harvey said for the band in front.. “Well, they are essentially the people who played on J.P.’s album. When we were looking at the dates which were being booked I suggested to J.P. that maybe we could do the show as a double bill. Almost immediately Steve and Glenn put their hands up and wanted to take part to help J.P. out. They were both more than happy to play my set as well but in some way I inherited J.P.’s band for that tour. Fortunately I had already been playing my Serge shows with Glenn so I knew he was a good player and Steve Shelley is, of course, not only a great drummer but also a lovely person to be around so I had no issue with that at all.”

The spontaneous out of the control music built their place in music history. It required the particular chemistry of the band members and the right conditions to create a certain moment in time to remember. The gig created that intensity as a product of the weird moment of just being there. This strange but not imposed or staged intensity dragged incredible force along and built the unique atmosphere. I had this ingenious feeling of that moment, so powerful and enchanting. 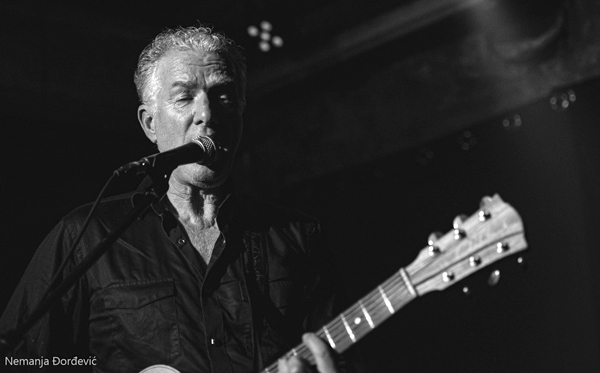 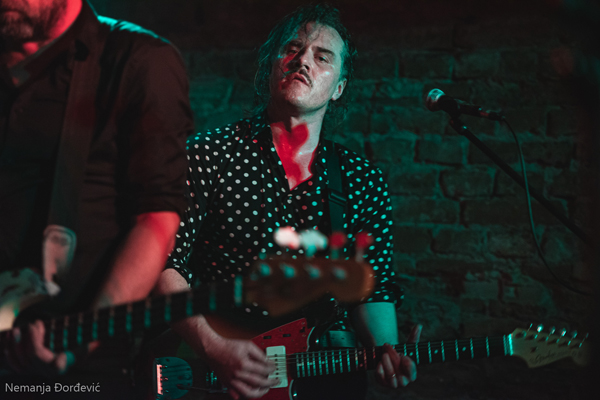 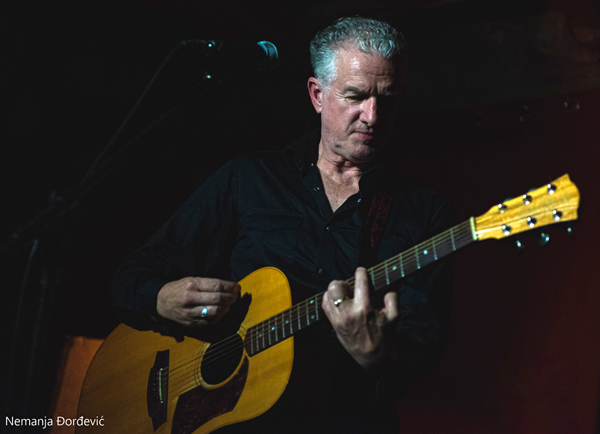 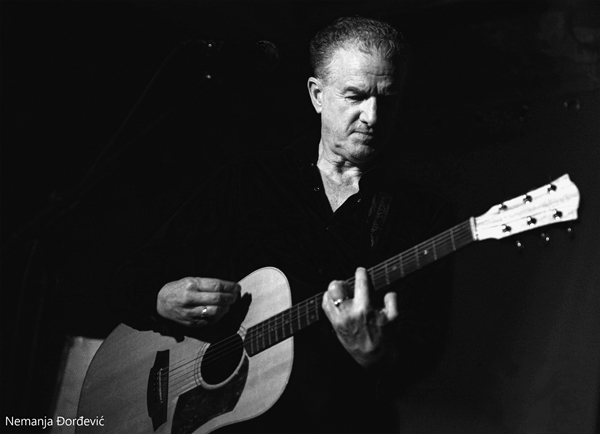 All images by Nemanja Đorđević

Keep Up With Mick Harvey