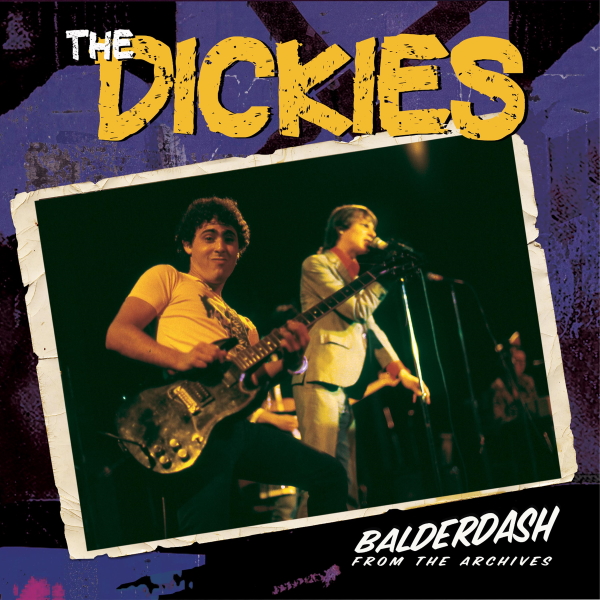 Los Angeles, CA – Seasoned SoCal punk rock icons The Dickies crack open their crusty old sock drawer and unearth a bevy of unreleased musical treasures. Balderdash From The Archives is the first ever rarities collection from the group and stretches all the way back to the band’s mid-‘80s salad days through the ‘90s and into the 21st century. The collection includes both live and studio gems, rough demos and alternate versions, and songs that have never appeared anywhere else!

As a special preview of the album, which is set for a worldwide release on February 10, one track has been released to digital platforms, an alternate version of “Out Of Sight, Out Of Mind” from the band’s celebrated third album, 1983’s Stukas Over Disneyland. The alternate version is a little less polished but all the more powerful for it.

Balderdash From The Archives will be available on CD and vinyl, with special bonus tracks featured on the CD version including the group’s re-cut versions of “Banana Splits (The Tra La La Song),” “Paranoid,” and “Nights In White Satin,” as well as their recently release single “Blink 183.” This is one collection that Dickies fans will not want to miss!