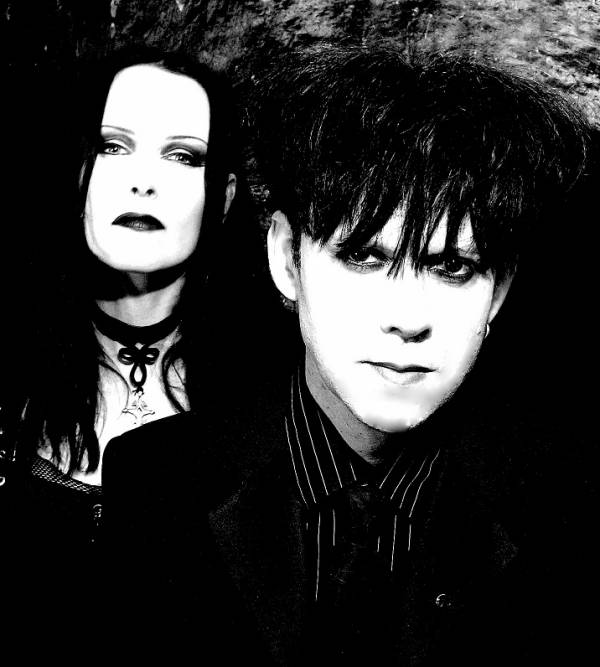 The legendary darkwave act Clan Of Xymox have shown no signs of slowing down in our unprecedented COVID times, in fact they’ve been rather prolific. In 2020, the band released ‘Spider On The Wall’ which was deeply influenced by the global pandemic and subsequent shutdown. This year in 2021, exactly one year later, they released ‘Limbo’ which is a continuation and exploration of the times we now find ourselves living in. Both albums were released and available for purchase via Metropolis Records.

Ronny Moorings, the bands founder and main singer/songwriter, took some time for Torched to answer a few questions regarding the bands new album ‘Limbo’, the return of live shows, his thoughts on COVID as the pandemic continues, as well as diving into the past with his thoughts on the legendary John Peel Sessions, production details for ‘Medusa’, and the video/inspiration for ‘A Day’.. plus more!

Your new album ‘Limbo’ via Metropolis Records has a very dark and almost helpless feeling to it. Can you go into a few details on the inspiration behind ‘Limbo’? And also on your creative process?

The period that I wrote “Limbo” was when we were placed in lockdown during the declared  pandemic around the world. In Germany we have been twice in a lockdown and this period ,  lasting now almost two years , inspired me to write about Themes reminding me a lot of books I read in the 80’s which then sounded almost far fetched . Now we know better..

In this period I felt certainly in a state of nothingness , in Limbo..

What was your inspiration behind the single and video for ‘Brave New World’?

Brave new world is a book written by Aldous Huxley. The book presents a nightmarish vision of a future society.The novel examines a futuristic society, called the World State, that revolves around science and efficiency . In this society, emotions and individuality are conditioned out of children at a young age, and there are no lasting relationships because “every one belongs to every one else.

Well , with children wearing masks for two years now you can imagine what that does to their psyche and relations they cannot build in a normal way.

All these things are an inspiration source for this song.

Clan of Xymox has been playing a few live shows recently.. alongside COVID sparking back up again.. How has this gone over all for you?

We have been doing more than a few. This year we have done already twelve shows and now I am on my way to the next. We played in many different countries with all their own COVID policies, some none , some more restricted like in Germany.

All in all it felt excellent and so far all went swimmingly.

Sean contracted COVID in the Ukraine ( noticed luckily only when he came home ) and had to stay home for two weeks. Daniel had it last year in October 2020 and recovered after a week. We are aware of the dangers but we are aware that all sorts of viruses go about. You can’t stop living your life  because of this.

How do you feel about all of the extreme measures being placed on people in this ongoing fight against COVID?

I am not in favor of this. A lockdown is something so intrusive that it should be only done  when there are strong arguments for the benefits rather speculation that it could work. Most lockdowns were laughable as the industrial workforce could go to their job in public transportation..   We have seen clearly that the Australian approach of a lockdown did not work . The virus will find a way. People who have a weak immune system should get themselves vaccinated. Most people can handle the virus as it has been proven by the number of people who have had it and recovered.

I understand the initial scare , especially when scientist explain a new virus , or lab virus could have the same results as the Spanish flu. So far that hasn’t happen and it looks more and more it is going to be endemic. Let’s hope so.

Following your 1985 debut LP, John Peel invited you to record for his Radio 1 show. What are some of your recollections from these recordings?

Yes , we were invited twice even.  It was recorded in a BBC studio, without the presence of mr. John Peel unfortunately. The pressure was high on recording as fast as possible. We lost an hour because we had European electricity plugs instead of the bulky British ones. Only a BBC qualified electrician was allowed to change it ..in order to claim time back synths and keyboards were dumped on tape of the BBC from our 8 track recorder which we had with us for our live shows we had planned in London. The vocals , guitar and bass needed to be recorded live in the Studio .

The mix was later done by the in-house engineers of the BBC.

John Peel played it on his show some time later but I only heard it when it came out on CD ..

‘A Day’ was your first video shown on MTV. Can you go into a few details on the production of this video and what was your inspiration behind the visuals?

At the time I knew a video director in Amsterdam , Frenk Scheffer. He wanted to do a video with us and suggested we should film in in Spain’s Catalonia.

He  and myself were a fan of Dali who lived there and so we combined a video shoot with a live show. That way I could fund the video. Most of the shots were filmed in a local discotheque with Dali’s interior design.

After we came back we sent he result to  4 AD and could convince Ivo to promote the video. After seeing this video he got inspired to do a video project with 23 envelope which resulted it “Lonely is an Eyesore”.

I understand that 4AD’s Ivo Watts-Russell wasn’t very fond of your second LP ‘Medusa’. Were you able to keep the original creative aspects or did you have to make changes in order to please the record label at the time?

Can you go into a few of the production details during the recording of ‘Medusa’?

Well yes, not as bad as it sounds.. I had a discussion with him about the direction of the album and the band. The band internally were already not happy with each other and this got maybe amplified in the writing of the album. After all was recorded I went back to Amsterdam and re wrote bits and pieces of songs. When I went back to London to mix the album with John Fryer we made spontaneous decisions on the fly. Backdoor  for example had two choruses but we decided that the guitar should take over the role in the end. So the build up became more intense. With an instrumental we decided to leave the drums out of the picture so it sounded more ambient.. melodies  on Louise got replaced by more clearer hooks etc etc..

After all this work and revision Ivo was much more convinced

He never interfered or influenced in the classic way. He was all for artistic freedom..

When and where did it all start for you? Did you grow up in a musical environment? Can you clarify Clan of Xymox’ / Xymox’ origins?

As a child I was already very active with music . I was in  a band at a very early age. Played live with local bands, I DJ-Ed in local clubs and as a student I also had my WHS radio program in Amsterdam every week one Wednesday night.

I never stopped making music and probably never will

Keep up with Clan Of Xymox