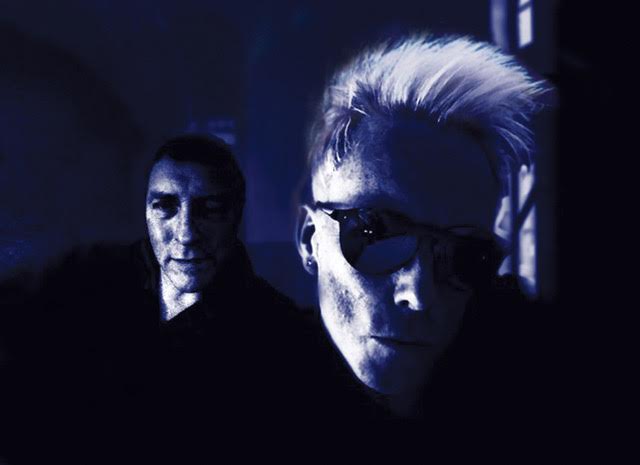 Glenn Campling and Mark Garner’s LoneStation have released a new limited edition vinyl only album entitled ALTERED STATE. This 11 plus track LP, selected from LoneStations first and second albums, Dark Matter & Machine, and other selected tracks, is a remixed, reworked and remastered collection. ALTERED STATE is now available for order and a listening preview at the bands website here.. lonestation.co.uk.

Torched had the honor of having a lovely chat with Glenn about his latest project LoneStation and new release ALTERED STATE, how he’s been affected by the COVID pandemic, on working with collaborator Mark Garner, as well as a very humorous back in the day Bauhaus story that will surely cause a chuckle.. and more!

“I popped the concept of producing vinyl to Mark Garner back in October last year and he jumped at the idea. What began as an ‘edit for vinyl’ version of previous songs, suddenly presented me with the opportunity to transform tracks into completely reworked/ re-constructed/ remixed versions of select material – turning some songs ‘upside down’ in the ’Tones On Tail’ fashion. Patiently & masterfully engineered for vinyl by ‘our man’ Joel Baldwin at Macadamia in Sydney, Australia.
‘ALTERED STATE’ became the obvious title” ~ Glenn Campling.

Glenn Campling is best known as one time Bauhaus roadie and bassist for the seminal post-punk band Tones On Tail, a side project of Bauhaus members Daniel Ash and Kevin Haskins. Formed in 1982, Tones On Tail intertwined various styles and experimental noises, which truly created an otherworldly and unique experience for listeners. This short-lived project would go on to release one studio album Pop, three EPs Tones On Tail, Burning Skies, and Something along with a handful of singles and compilations. Glenn’s innovative bass lines can be heard on many of Tones On Tail’s finest songs such as ‘GO!’, ‘Lions’, ‘OK, This is The Pops’, ‘Burning Skies’, and ‘Twist’.

In 2011, Glenn was joined by ‘lone wolf’ Mark Garner to form their latest incarnation, LoneStation, furthering their musical experimentation creating a unique sound and style. Bandmate Mark Garner explains, “The LoneStation ‘sound’ to me is like no other and reflects the unique approach that both Glenn and I demonstrate in our personal work – and Glenn in Tones. The music reinforces our strong appreciation of music in its purest form, twists it, turns it and reconstructs it into what is unpredictable, surprising and ultimately – a fusion of energy, originality, passion and a hint of deeper worlds.”

Many thanks to Andrew Brooksbank and Clara Hembree (Ladio Audio)

Keep up with Glenn Campling and LoneStation