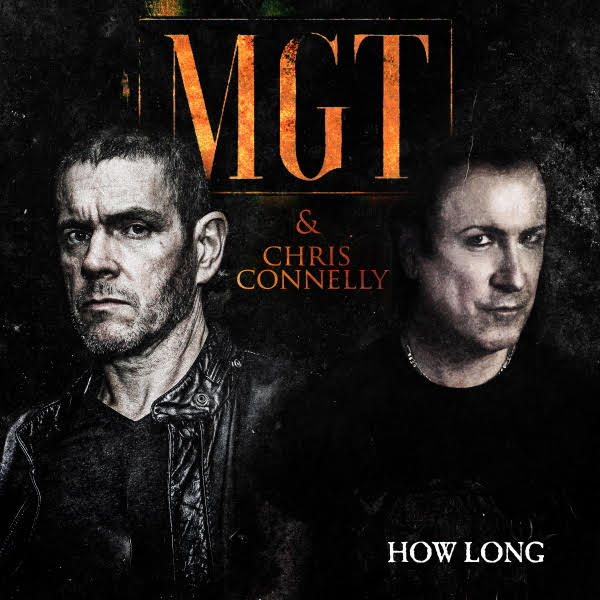 Los Angeles, CA – Industrial icon meets goth god on this spectacular collaboration between Chris Connelly, best known for his work alongside Al Jourgensen in both Ministry and Revolting Cocks, and Mark Gemini Thwaite, a much in-demand guitarist who has played with numerous bands over the years including The Mission, Tricky, Peter Murphy and more! Together, the pair offer this brilliant re-working of the 1975 soul classic, originally performed by British group Ace, “How Long,” released via Cleopatra Records. This heartbreaking tale of romantic betrayal packs even more of an emotional wallop than the original thanks to an outstanding Bowie-esque vocal performance from Connelly and Thwaite’s subtle yet superbly effective guitar work.

Thwaite shares this about the genesis of the collaboration, “When Cleopatra approached me back in April to come up with a darkwave inspired cover of this 70’s soul classic, I was certainly ready to meet the challenge. I’ve always been a fan of Chris Connolly’s work with Revolting Cocks, Ministry & Damage Manual – we’d already collaborated together on a song for Primitive Race a couple of years ago – so this has given us a chance to reconnect in the studio once again. He’s done a fantastic job!”

Meanwhile, Connelly shares the enthusiasm, saying “I have really enjoyed working with and getting to know Mark. His musical sensibility is so in tune with mine, his approach is exciting to me, so when he approached me about singing the 1974 Ace classic, it was an immediate resounding YES! I love the song, I love the harmonies and I love the challenge of approaching it with Mark’s exquisite musical intuition. I hope you love it as much as me!”

Keep up with Mark Gemini Thwaite/MGT

Keep up with Chris Connelly