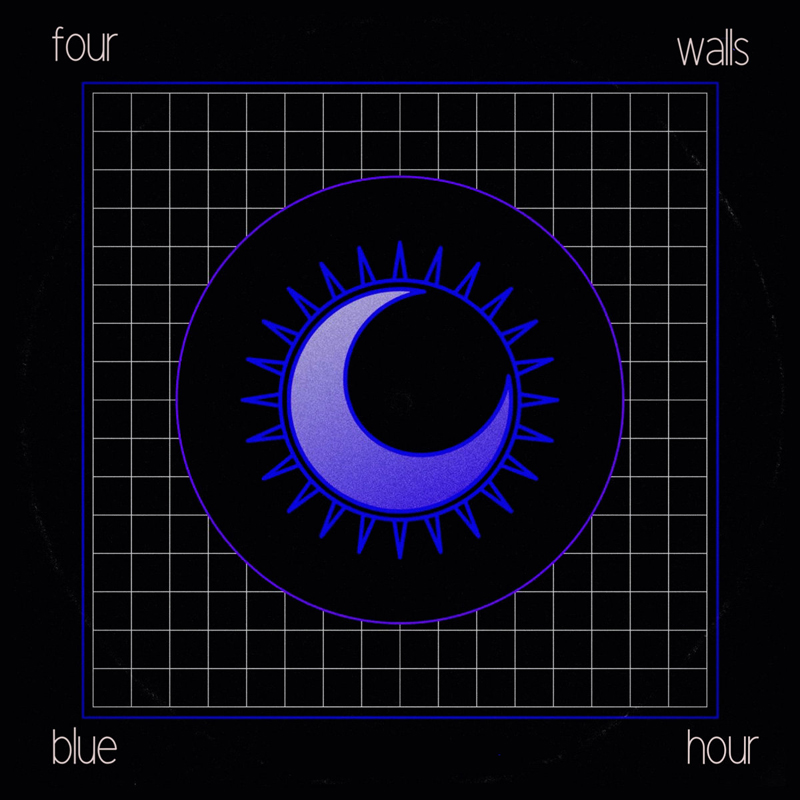 “The world was a very different place when we first began working on the tracks that would make up “Four Walls” in late 2019. Back then, Marselle and I were focused on creating a cinematic-noir sound—songs that were more longing and ethereal with bright and open-ended instrumentation. But then the world changed and we all went into lockdown. Like so many of us, our vision became more confined and anxious, more questioning than focused. Then, while we were all adjusting to life in lockdown, the world was set ablaze by acts of incredible and intolerable injustice … again and again. Our focus shifted from anxiety to anger to resolve. The songs, as originally written, seemed at odds with the times so we returned to the studio.

“Four Walls” is a product of this troubling time. Each song touches on the theme of fighting against the confines that we find ourselves in. To provide an edge to our songs, we added guitars from Mark Gemini Thwaite (Peter Murphy/the Mission). His signature guitar sound (and bass/additional drum programming) provided the sense of energy, anger, and motion that we needed to complete this mini album. “Four Walls” also features drums from Wade Alin (Christ Analog) and strings from Maria Grigoryeva on the reimagined “Invincible.”

All tracks were recorded at the Pixie Nest using Ableton Live 10 and Logic Pro. The tracks on this album feature Arturia’s emulations of the legendary Minimoog and Prophet 5, as well healthy doses of Omnisphere’s luscious pads.

We hope our songs find you well and safe and resilient.”