Making the 1.5 hour trek from Orange County, CA to Los Angeles, CA in Southern California traffic is typically not high on most people’s list of favorite things to do; however, when it is part of the journey to see the rising star trio of delightful and talented young ladies known as AUTOMATIC, I consider it time well spent. AUTOMATIC consists of Izzy Glaudini (synth, vox), Lola Dompè (drums, vox) and Halle Saxon (bass, vox).

LA TAKEDOWN were the 7 piece instrumental band opener, followed by AUTOMATIC and MR ELEVATOR (“Goodbye, Blue Sky” record release show) as the headliner on the bill. The Echo on Sunset Boulevard is a somewhat small venue that has a maximum capacity of 350 guests. A mixture of standing room only on the floor with perimeter cushioned bench seating along one side and against the back wall under the DJ Booth. The Merchandise Booth area was size appropriate for the venue, there were 3-4 bartenders working the full service bar (approximately 25’ in length) and a large outdoor patio area that appeared to be able to accomodate at least 150 people. I arrived at 8:00pm (30 minutes before doors) and no line had formed at that time. The rain was imminent, so I think we all had the same idea of waiting in our respective cars prior to doors. When I entered the building, there were about a dozen “early birds” inside the venue staking their claims on the comfortable perimeter seating while 2 of us occupied strategic locations up front.

My first exposure to AUTOMATIC was when they opened up for BAUHAUS’s long awaited reunion tour at The Hollywood Palladium on November 4, 2019. It was love at first listen as their uncomplicated minimalist sound resonated from the stage of guitar-less, synth experimentation and often eerie monotone vocals. The Echo show was similar, but different. Subtract a couple thousand people in the audience and you have what I consider the perfect concert scenario. There were no surprises with AUTOMATIC’s performance, which I believe is part of their charm at this point in their young life as a local LA band.

AUTOMATIC played a 10 song set on 1-16-20 at The Echo. They did not perform theircover of DELTA 5‘s 1979 single, “MYOB” (Mind Your Own Business), which is one of my favorite tracks of their’s. I think “MYOB” would have been a perfect song for the series “Californication” had AUTOMATIC’s cover version been released during the height of the series’ popularity. The thought of character Frank Moody driving his convertible Porsche down Sunset Boulevard blasting the song would have been EPIC!!!

The girls did play 3 of their songs that I think are worth mentioning:

“Signal” has a catchy bass loop with a very short sliding bass string groove that makes you miss it when it is not played later in the song. It quickly becomes familiar and reminds me briefly of Martin Hannet’s (JOY DIVISION) style of late 70’s post punk sound effects. Izzy’s finger quotes for the words “not enough” during the song are also a non-verbal cue worth noting.

“Highway” is one of those post punk (synth punk if you will) songs that enlists
progression, synth experimentation and very few vocals. Since there are no real vocal distractions (4 words repeated 3 times) or complex bass variations, it is all too easy to be mesmerized by Lola’s fluid movements on percussion, which is definitely not a bad thing.

“Too Much Money” is musically predictable right away, but don’t be fooled, I believe this gives the dueling vocals all the more opportunity to connect with the audience. I know it did with me. Lola’s tick-tock-tick-tock percussion countdowns appear twice during the song and gives the listener a slight glimmer of hope that something big may be happening next, but it immediately returns to it’s central theme. That being said, I still love this song and consider it one of their best.

A special thank you to Halle for handing me her stage setlist as they were clearing the stage and for signing their debut album later in the bar area. Thank you to Lola and Izzy as well for making themselves accessible at the Merch Booth and signing their debut album for me too. We did experience a significant paint pen malfunction at that time, but I was able to work my magic at home and completely remove the “ink blot test” looking deformity like it was never there. Problem solved. It appears AUTOMATIC is here to stay and I am really looking forward to see where this musical journey takes them… 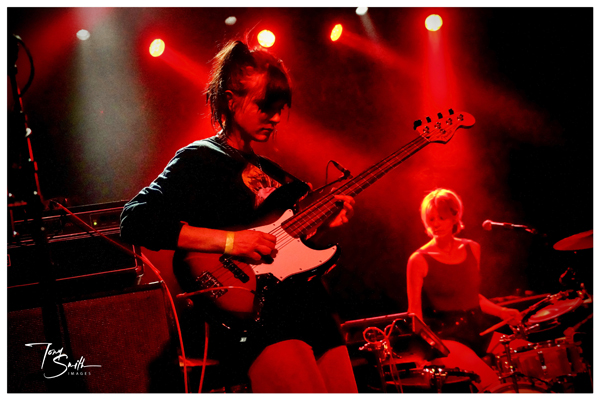 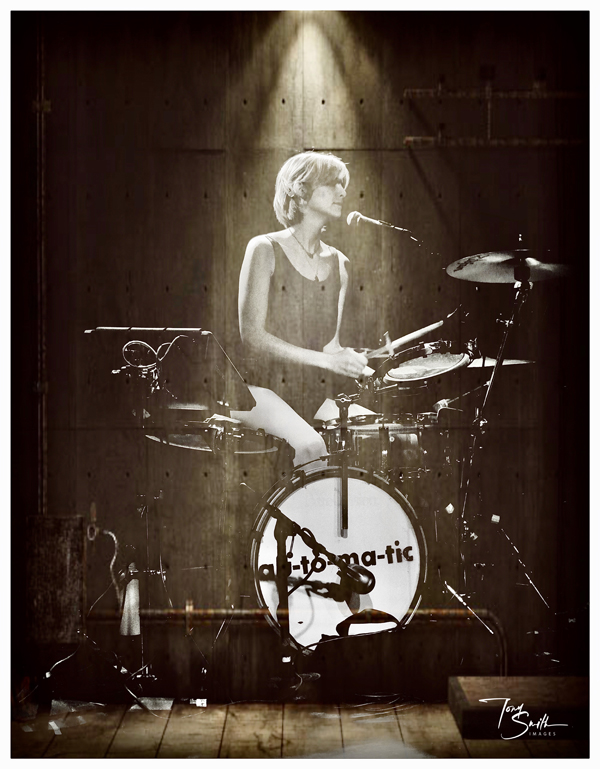 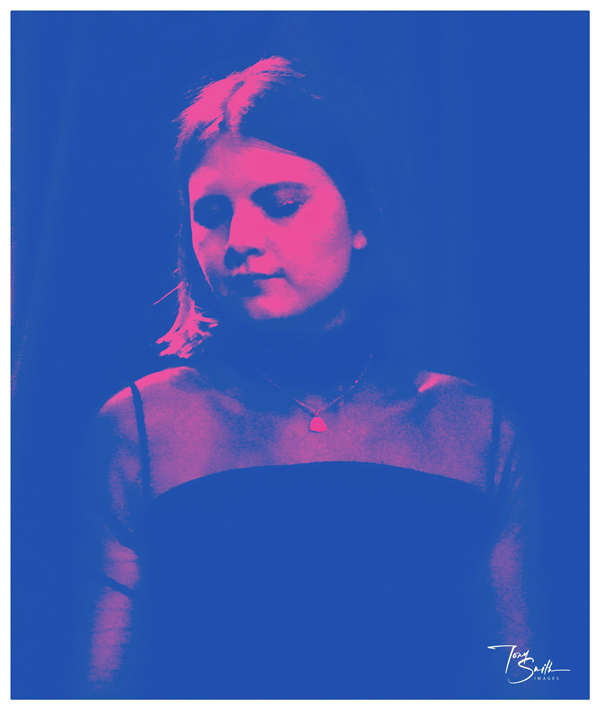 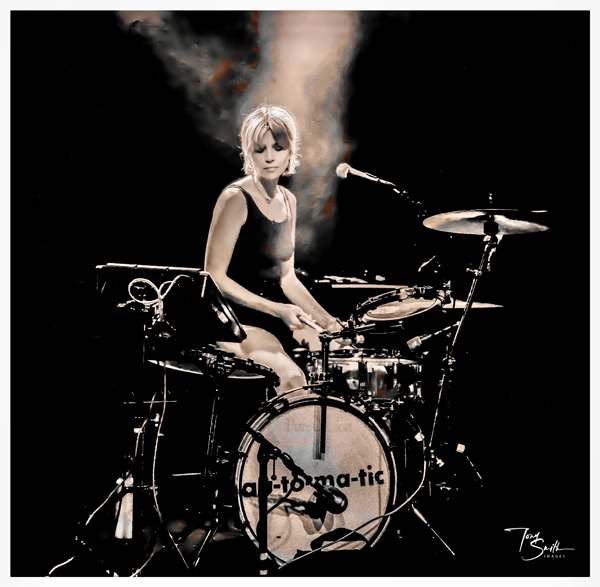 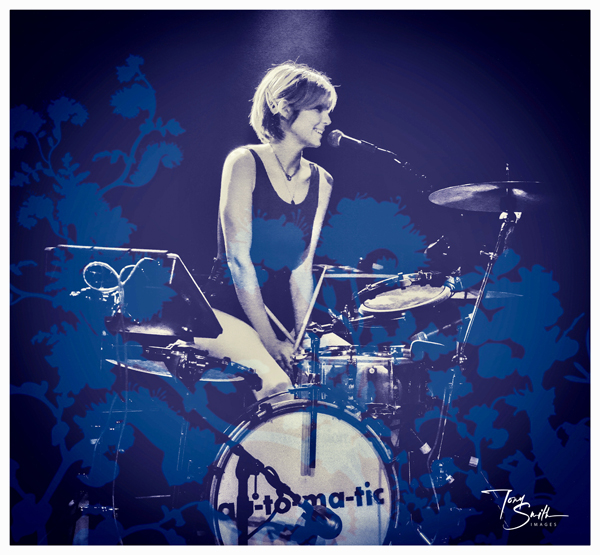 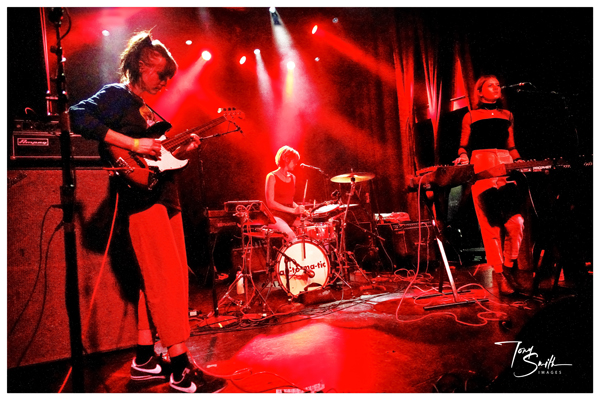 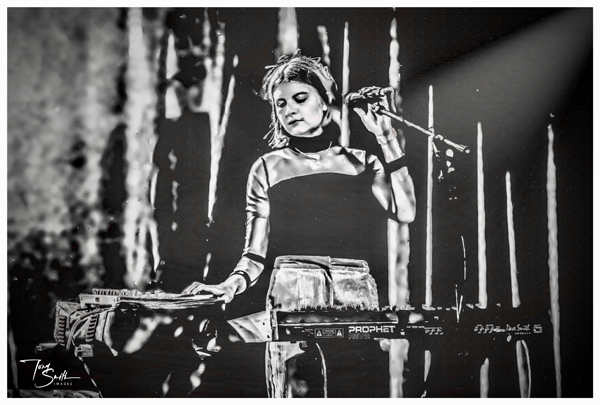 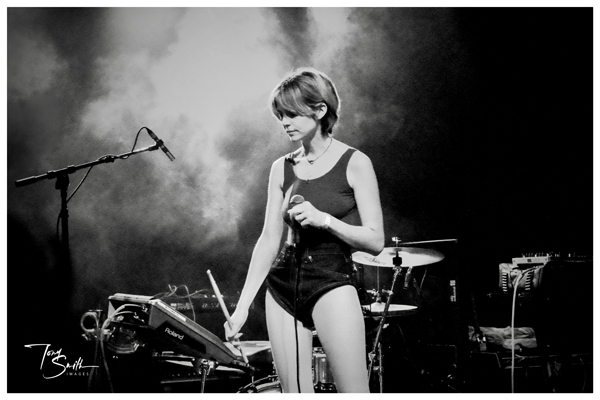 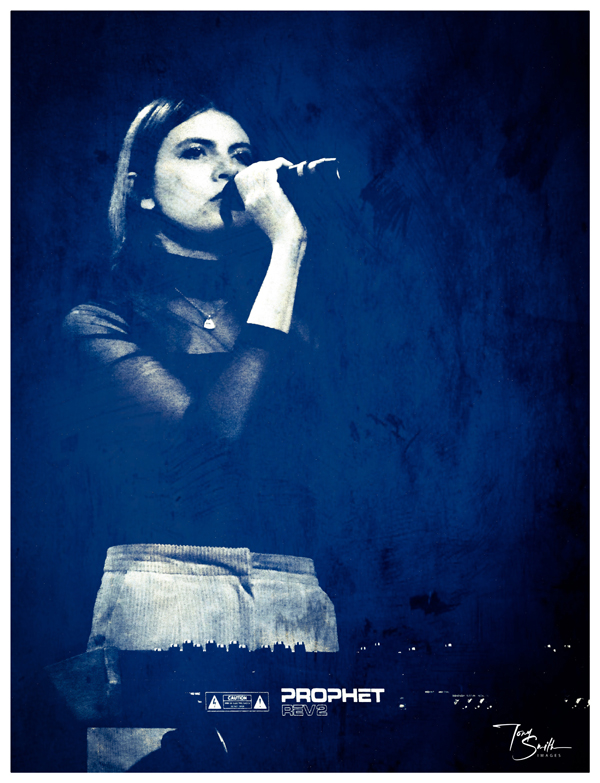 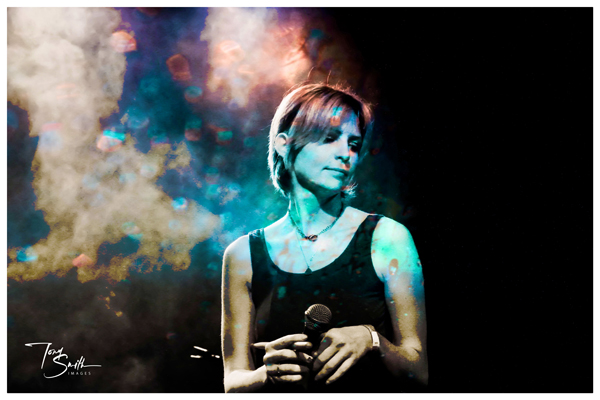 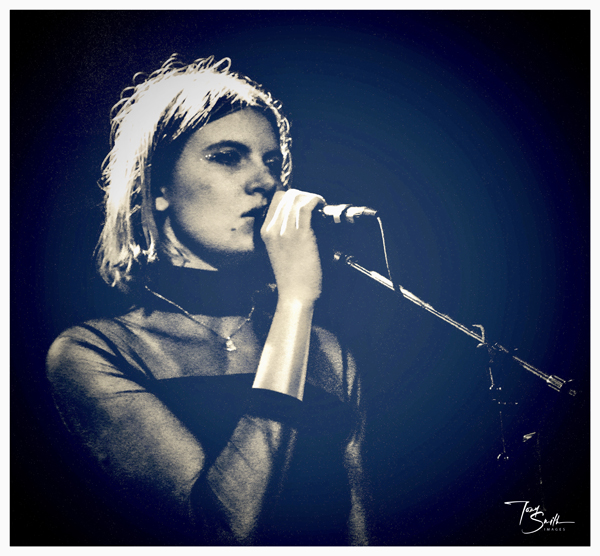 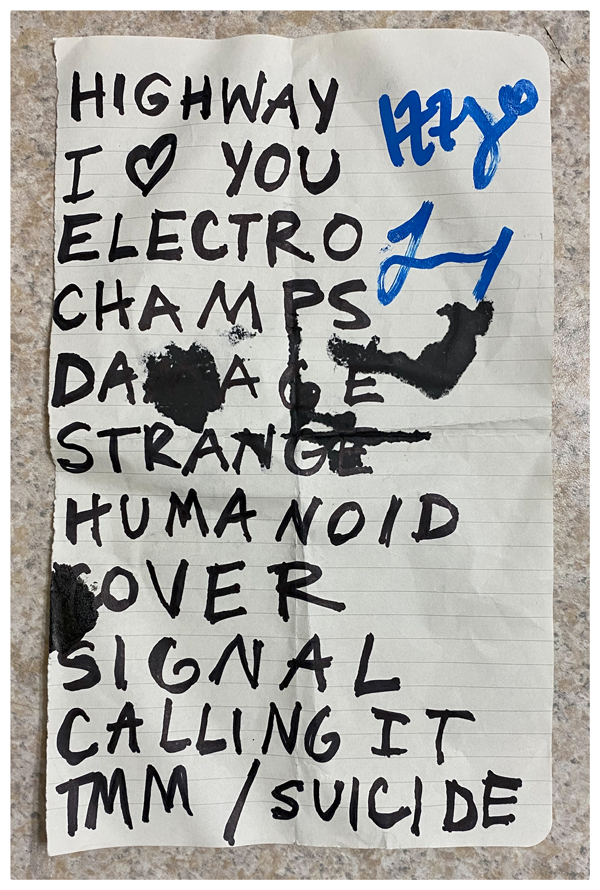 Keep up with AUTOMATIC