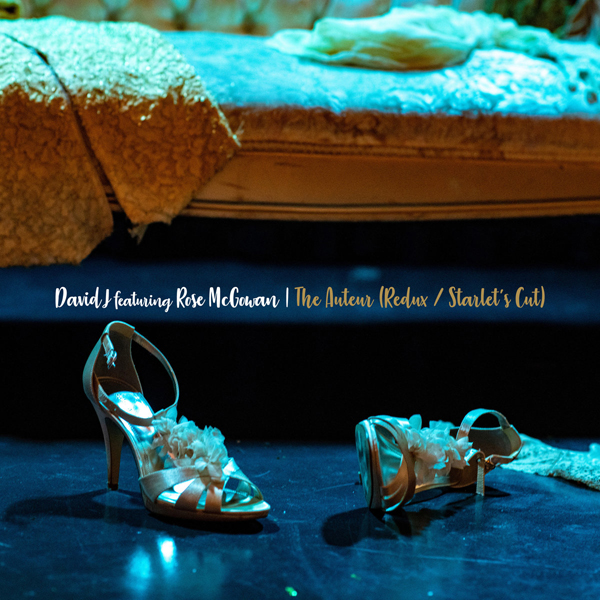 David J (Bauhaus/Love & Rockets), who has spent the last 8 months touring the world with Peter Murphy on the Ruby Rising 40 Years Of Bauhaus Tour, releases a digital only single as a taster for his new solo album, featuring actress Rose McGowan.

“The original version of ‘The Auteur’ was released as part of an EP in 2002, an old song that tells a much older story but one which in light of the whole ‘#metoo movement now has an addendum. The most vocal proponent of that righteous call for respect and culpability, Rose McGowan, makes a fitting and emotional appearance on this brand new version’s reprise. Rose told me that she related to the lyrics on a very personal level and because of this she is also considering recording her own version of the song.

The track features a stellar line up of musicians including Paul Wallfisch (SWANS), Larry Mullins (Nick Cave and The Bad Seeds), Sean Eden (Luna) and Emily Jane White (backing vox). It is the first single taken from the forthcoming double album, ‘Missive To An Angel From The Halls Of Infamy And Allure’ which is set for release on Glass Modern in the Fall” (it’s currently available for pre-order at the link above)