Pylon Reenactment Society revives Athens musical heyday by breathing new life into the legacy of Pylon. Their danceable blend of new wave, post-punk and alternative rock influenced the 1980s and beyond throughout Athens and the American underground music scene. Some may say they are more like a tribute band these days but perhaps they lie somewhere in-between as they are headed by original Pylon member, Vanessa Briscoe (now Briscoe Hay) who’s vocal textures and phrasing defined the band’s original unique sound.

Torched Magazine is honored to premier Pylon Reenactment Society’s new song and video for ‘Messenger’. The single will be available both digitally and on black, clear and blue vinyl via Henry Owings’s label Chunklet Industries on November 30th, 2018. A limited edition of 50 signed test pressings of this single will be sold at the Athens and Atlanta, GA record release parties.

2018 found PRS writing new material. Jason NeSmith recorded and mixed two of these new songs in his private studio. He then mastered them at Chase Park Transduction Studios. Adam Smith cut the acetate in Austin, Texas and the single is being pressed at Musicol in Ohio. The single is “Messenger / Cliff Notes.” “Messenger” is a mid tempo meditation on love, war and modern communication. “Cliff Notes” immediately jumps out at the listener at breakneck speed. The lyrics mix silly dance moves with anti-racist admonitions for the precipice we find ourselves on today.

Pylon is considered to be one of the most influential bands at the beginnings of what would become known as the “Athens, GA music scene.” Over 30 years ago, Pylon, along with The B-52’s and R.E.M., were heavily featured in the original feature documentary, “Athens, GA: Inside/Out” propelling them into the international spotlight. 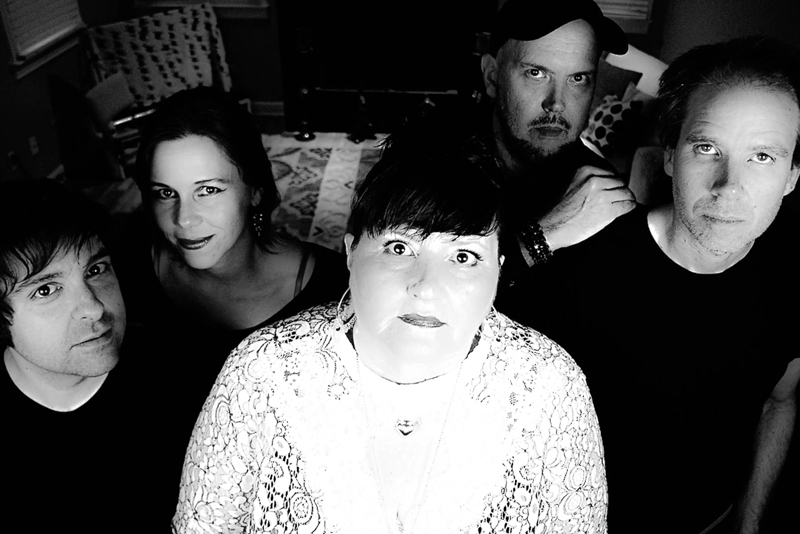 Please check out the ‘World Premier’ for Pylon Reenactment Society ‘Messenger’ in The Bitter Southerner HERE.

All ages – under 18 admitted with a parent or guardian

with Blank Square and Modern Dance

Keep up with Pylon Reenactment Society