Images and review by Michael Mitchell

Christ, am I really that old that I can say it’s been over a quarter of a century since I last saw The Damned? No matter I suppose because for this night they made it feel like time had stood still. Everyone was in good (albeit “Evil”) spirits on the night as they churned out song after song from their 42 year career, including quite a few from this years phenomenal hit, Evil Spirits.

Show opener “Nasty” is one that was never on a proper album. It was recorded for the British show, “The Young Ones” and included as a b-side on the “Thanks for the Night” single. Right off the bat you can tell the show is going to be full of surprises! A few songs later is “Democracy?” from the criminally overlooked, “Welcome back Captain” album ‘Grave Disorder’. If you are not familiar with this piece of their canon, do yourself a solid and get it. Such a hook filled track that hearkens back to their heyday. It wouldn’t be out of place on ‘Machine Gun Etiquette’. 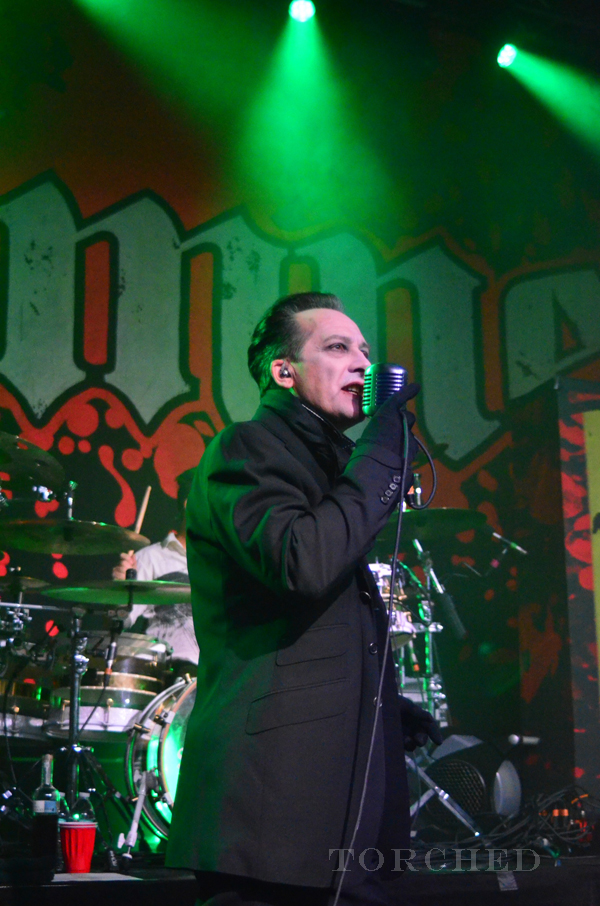 The first single from the new album was next up. “Standing on the Edge of Tomorrow” is another track destined to be a classic. The lushness of the studio version translated so well in a live setting thanks in large part to keyboardist Monty Oxymoron adding the lushness of the keys filling out Jon Priestley’s bass lines and the harmonies of the chorus.

A suite of songs from the infamous ‘Black Album’ ensued. They blazed through “Dr. Jekyll and Mr. Hyde”, “Wait for the Blackout”, “Lively Arts” and “Silly Kids Games”. What an absolute dream. As it turns out, more songs were performed from that album than any other and that is just fine by me. A few songs later came another in “The History of the World Pt. 1”.

Closing out the set with a killer trio of tracks from their history making debut ‘Damned Damned Damned”, Captain Sensible asks, “Were any of you alive in 1977?” and goes on to dedicate the song to their old leader “Die Fuehrer” a.k.a. Brian James who “wrote a few good riffs in his time and this is one of them” launching into “1 of the 2” . “New Rose” followed (which was equally as historical for being the first punk to make it onto wax) and lastly, a blistering “Neat Neat Neat”.

Back to ‘Black’ for the first encore as they performed a shortened version of the epic “Curtain Call”. Quite a dip into the psychedelic pool for them so it’s the perfect time to smoke a little weed, right? Someone in the crowd thought so! Dang it was pungent! So much so after the song, drummer Pinch was asking for some. That prompted Dave Vanian and Captain to start a duet of the old Fraternity of Man song “Don’t Bogart That Joint”! Soon the whole band joined in. Pure magic via the Devil’s lettuce! A radical reworking of ‘Strawberries’ favorite “Ignite” was then played. The song was stretched out and allowed everyone to shine. Dave even got the crowd to be silent in order to belt out a verse a cappella. What a banger to end the night! Or was it?

A second encore began shortly after their exit with something I can scratch off of my wish list. “Street of Dreams” from ‘Phantasmagoria’ is a track I never thought i’d get to witness live. Truly a night of surprises. Then the audience persistence paid off and they got an impromptu version of Captain’s solo hit, “Wot”, then the whole thing was capped off by a full on energetic “Smash it Up”.

An evening to remember for sure. Time’s done nothing to dull the energy put out by this crew. The crowd was a great mix of old punks and new who sneered at each other in mutual admiration. Everyone sang along and security was nervous when a pit started to form. It’s a new era for sure but The Damned are still here to see it and lead the way as they’ve always done. I’ll even echo their words back to them and say, “Thanks for the night!” 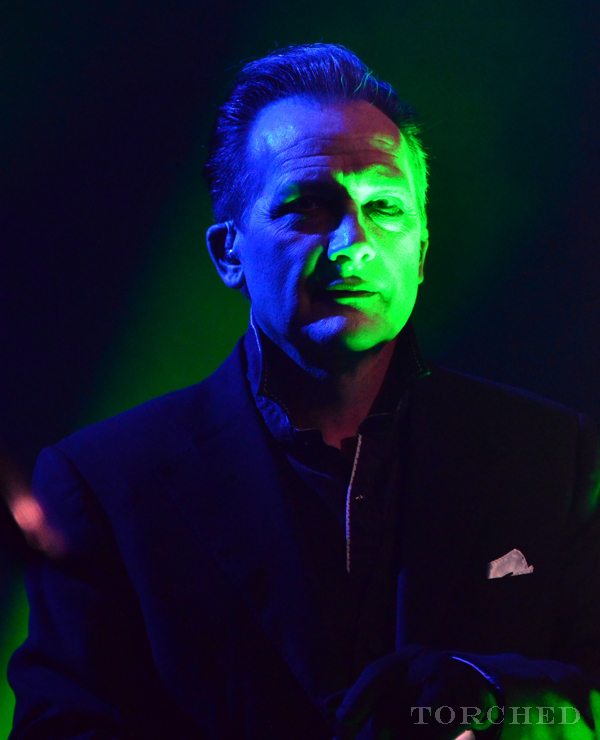 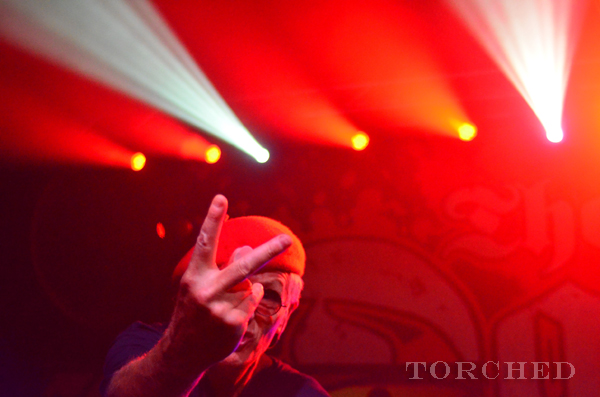 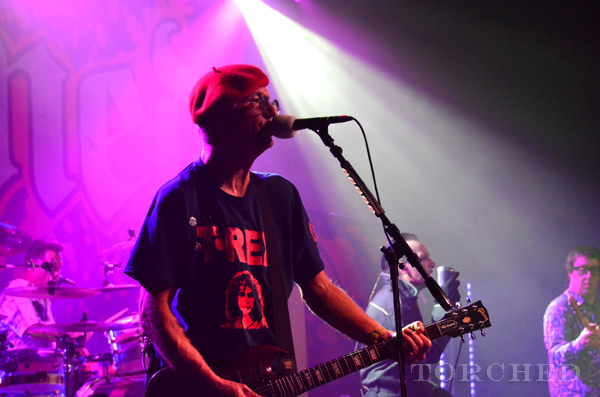 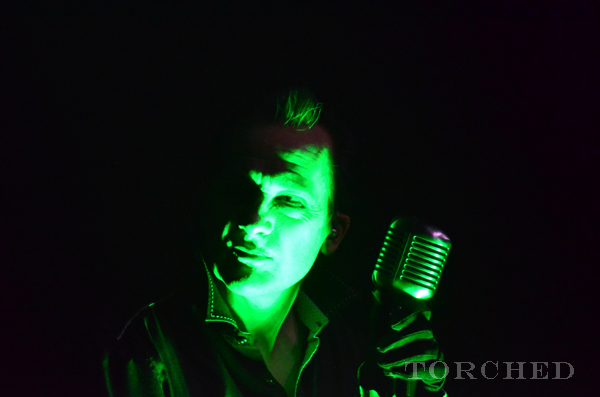 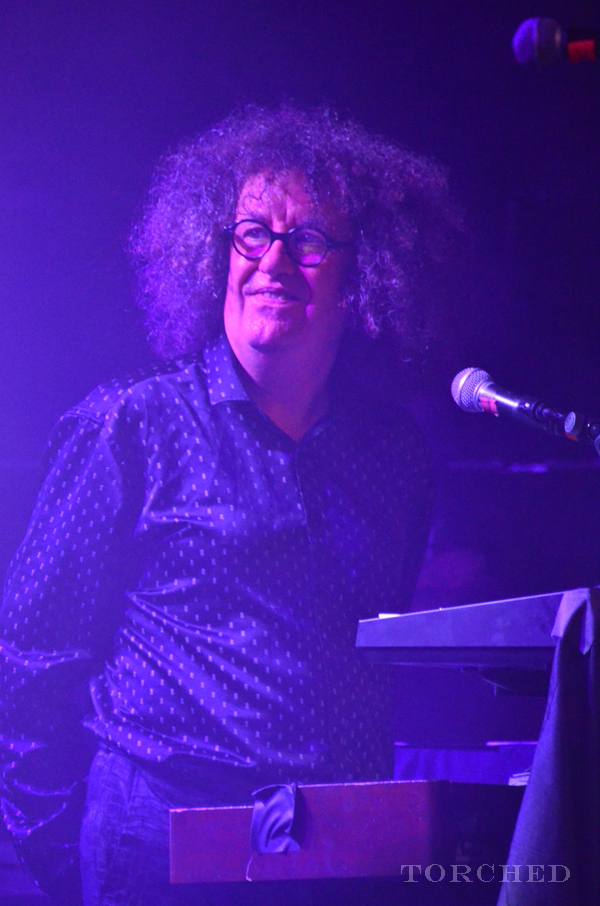 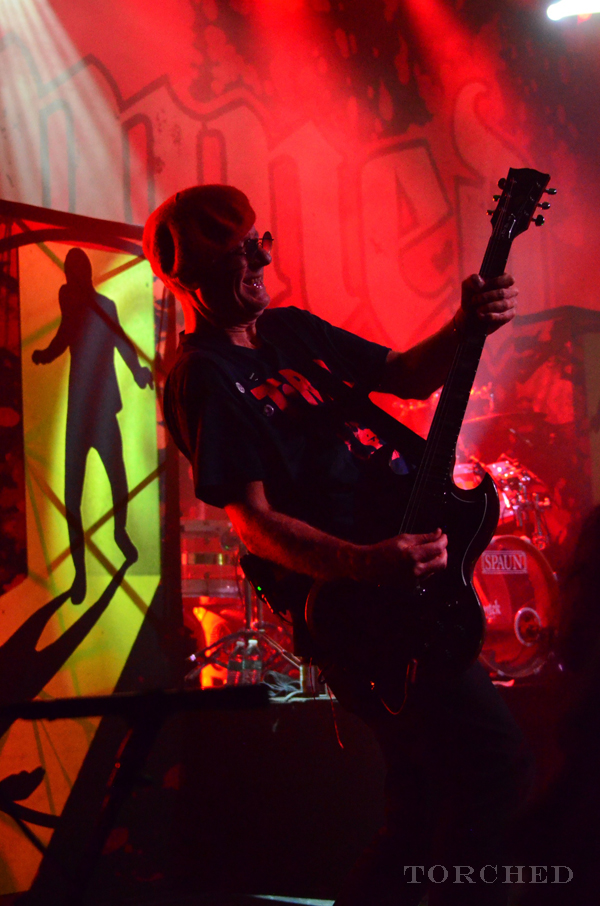 Standing on the Edge of Tomorrow

Wait for the Blackout

Stranger on the Town

The History of the World Pt. 1

Keep up with The Damned