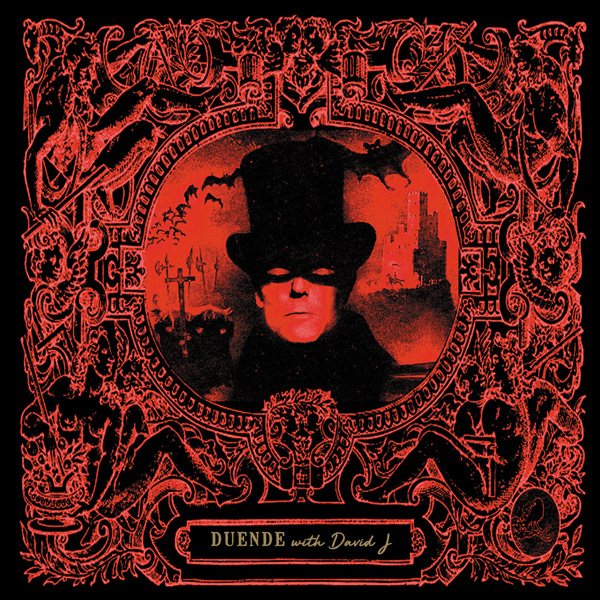 Detroit’s PsychProg Garage Rock’n’Rollers Duende is releasing a new album ‘Oracle Of The Horizontal’ featuring Bauhaus bassist David J on October 26, 2018 via Glass Modern. David J lends his haunting vocals, bass and production skills to this exciting new collaboration which is sure to please listeners ears even in the darkest of corners. The album will be available as a 12′ heavyweight vinyl in a deluxe gatefold sleeve, CD in a 6 panel fold out card sleeve, and as a digital album. It is now available for pre-order via Glass Modern’s Bandcamp HERE. 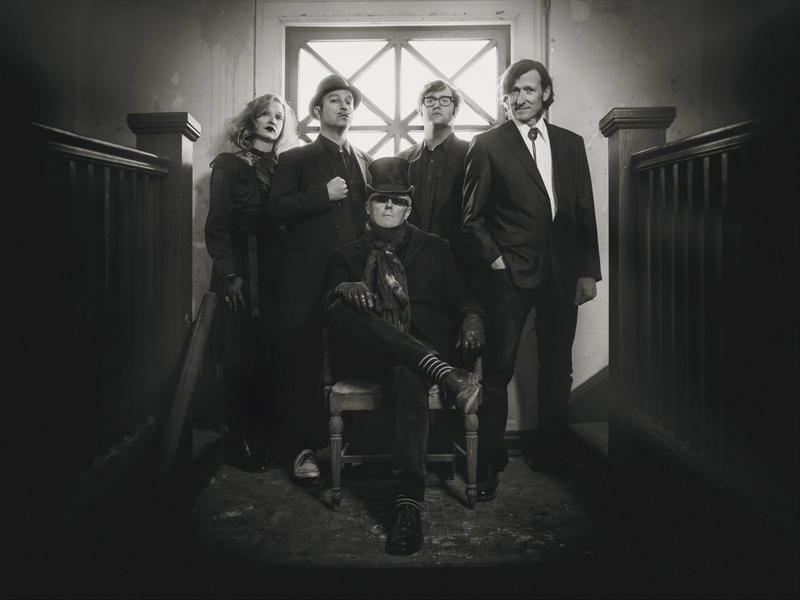 This exciting collaboration with Detroit’s stalwart psych garage band, Duende came about when they approached me to work with them on a couple of new tracks for a forthcoming EP. These turned out extremely well and when I played them to my pal, genius songwriter / hermetic music guru, Damien Youth, whose opinion I rate most highly, he enthusiastically insisted that we develop the project into a full blown album. This we did. Recorded and mixed in one week at Tempermill Studio in Ferndale, MI, I regard it as one of the most vital sounding and inspired recordings of my career. We also pulled in some additional stellar local talent in Warren DeFever (His Name Is Alive) and also Joshua James (Theatre Bizarre Orchestra) to add yet more tasty ingredients to the swampy spiked mojo soup.

Rock’n’Roll is full of little shared miracles. Our buddy, Frank Woodman requested we cover ‘No New Tale to Tell’ by Love & Rockets for his birthday that night. He had already had a surprise party that reunited Detroit’s beloved Paybacks a week earlier but decided to still go ahead with the party he initially planned. Pretty much in jest, I texted one Professor Fenster, who was lodging David J while he was in town working with the Theatre Bizarre Orchestra, to have him at Kelly’s in Hamtramck in an hour because we were playing that song. Damned if David J didn’t walk in the door with his ‘Motor City Squeeze’ and just a couple songs to go. David had received the message but was coming to the bar anyway. Half way through THAT song, he suddenly sprang up, grabbed the mic and let rip on the chorus. A seed had been sown.

Almost exactly a year later we invited David J to join us in the studio for a song. Prior to the session, at his suggestion, we started an online back and forth lyric writing exercise. He kicked it off with a few choice lines concerning crows pilfering trinkets from dreams. When I didn’t answer his verse I was met with a message the next morning of, “You’re taking far too long you know!”. Great fun for a lyricist and a early insight in his ability to engage and develop the early impressions of inspiration. This poetic tete a tete blossomed into what would become ‘Out Of My Dreams’.

That first day he walked into the studio as ‘In the Shadow of 45’ was being played back and said “My harmonica is in this key.” He ended up contributing to this and the other tracks with bass or vocal, sometimes writing lyrics on the spot. We were on a roll, recording, mixing and mastering the record as well as shooting two videos inside of a week in and around Metro Detroit and the City proper. We had no label or any idea of how this inspired album was going to be released but feeling that true nature of ecstasy in creating something that didn’t previously exist. The last track that we recorded (in one take) was ‘Oracle’, it’s visionary lyrics having been written by David the day after an intense acid trip in 1986. David had discovered these in a little notebook while tidying up his storage unit. The book dropped out of a box and fell open at the first page. It was meant to be! Little shared miracles.

ORACLE OF THE HORIZONTAL

Produced by David J // Recorded at The Tempermill in Ferndale, Michigan by Tony

4) Queen Moon and the Brazen Bull

5) Alice Through the Windscreen

(Special thanks to Damien Youth and Reggie Tiessen)

Keep up with Duende