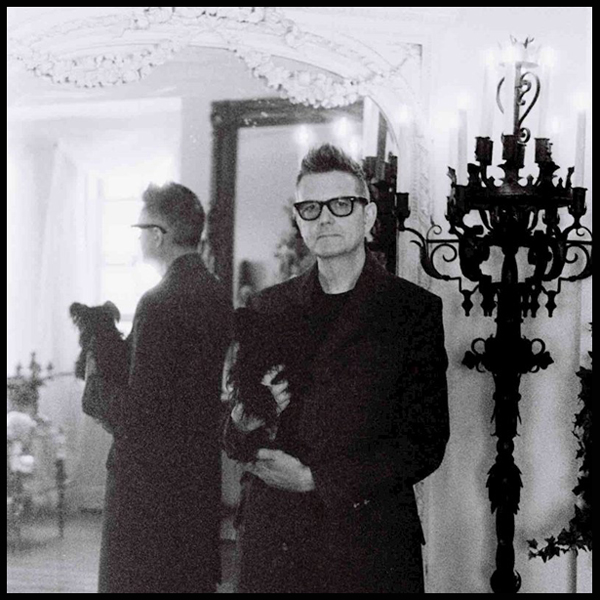 FOXES TV aims to fill a huge void, where once there was exciting music programming, such as The Tube and MTV, and also include men’s fashion. The aesthetic of FOXES Magazine will be placed firmly on the screen, showcasing new bands and men’s fashion, interviews, and behind the scenes footage with a very cinematic look. 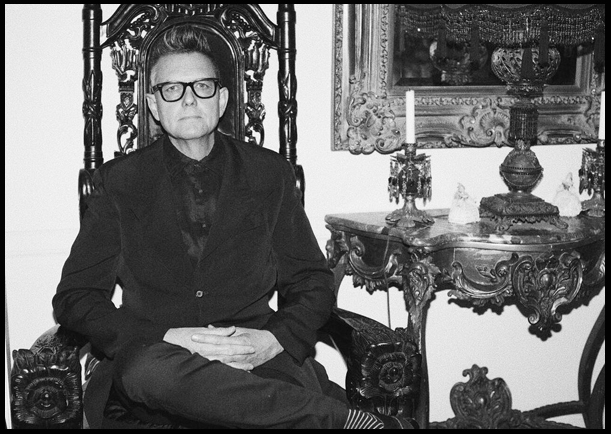 The show has also engaged producer Orian Williams, who produced the BAFTA and CANNES winning film ‘Control’, directed by Anton Corbijn and detailing the life and times of Joy Division frontman Ian Curtis. Other noteable credits include ‘The Last Movie Star’ with Burt Reynolds and ‘England Is Mine’, a portrait of Morrissey and his early life in 1970s England.

The series would showcase the wide range of talent in both the music and fashion world. The two main sources of inspiration? The early inception of MTV, and Jim Jarmusch’s film ‘Coffee and Cigarettes’.

The show will revolve around an iconic duo, i.e. Mick Jagger and Martin Scorsese, pairing them up in conversation. The content around that conversation would include live sets with up-and-coming and already established bands, spotlights on fashion designers, as well as backstage features at fashion weeks and tour diaries with bands.

Torched Magazine is delighted to have the opportunity to ask Kevin Haskins about this exciting new project with FOXES TV, the launch of an indiegogo campaign that includes many limited and exclusive perks, plus a few fan questions that bring to light on why Kevin became a vegan and the future of Poptone. Thank you so much for your time Kevin!

How did your involvement with Foxes TV transpire? What will be your role in this exciting new music show?

I was introduced to Tina and Julian De La Celle who run Foxes magazine at one of their events that they put on in Los Angeles. For these events they would choose a theme based on a club such as CBGBs or The Batcave and have great young artists re create the bands that played there. Those events were really fun. But their main focus is their fashion/music magazine called Foxes. So earlier this year they approached me to do an interview for the magazine about my book Bauhaus UNDEAD. Following that interview they approached me again to come on board as a producer and music supervisor for their TV show, Foxes TV. I guess they must like me!

What was the inspiration behind bringing music and fashion together and creating Foxes TV?

Well this is really a question for Tina and Julian but ill try and answer it. Basically I think they want to turn their magazine in to a TV Show. Their inspiration coming from the early MTV (when all they screened were music videos!) And also the movie Coffee And Cigarettes. I think its a great idea on a lot of levels. 1) We dont have any music programming! 2) The aesthetic of their magazine is very classy and cool with a glam rock n roll edge. The photography is stellar and their choice of interviewees are always eclectic and (ahem) interesting. 3) It will serve as a vehicle to give exposure to a wealth of great young bands…yes they do exist! 4) The marriage of music and fashion is also a unique concept, although you would think they go hand in hand…which they do. Well in our world they do. 5) The concept of artists interviewing artists is also relatively unique, and I think we will get more informed and empathetic conversations.

An Indiegogo campaign has been launched to help raise the needed budget to get the show off the ground… What are a few of the ‘Perks’ being offered to help support Foxes TV?

Special thanks in the end credits, personal video thanks, a one yea subscription to Foxes magazine, a signed letter from yours truly, a VIP invite to our private screening party, a raffle to win a signed copy of my book, Bauhaus Undead, two high quality signed prints from my book, and a very rare signed laminate from the Bauhaus Near The Atmosphere tour. And this just in: Thanks to our amazing publicist; Shauna McLarnon, Schecter Guitars have just donated a beautiful electric guitar which I have persuaded my mate Daniel Ash to sign. Its not up right now, but will be added very soon. 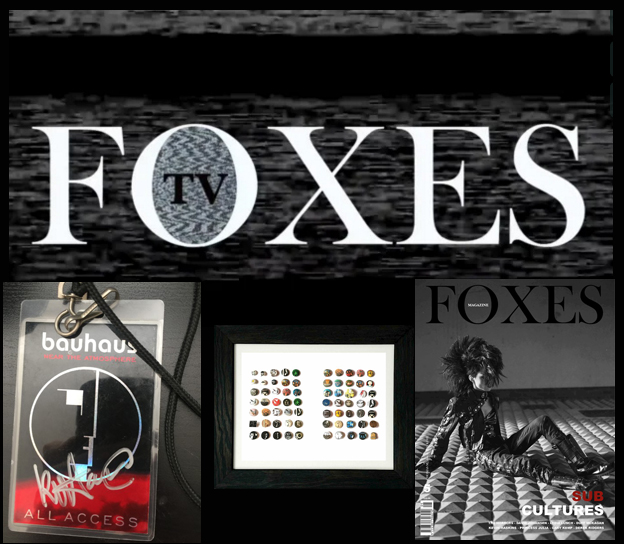 Robyn Alexandra Hoffman – Truth? I’d like to know more about when and why Kevin became a vegan. I’m not sure I’ve ever read or heard any reason or reasons. I think he’s an animal rights advocate, but did he also do it for health reasons?

Hi Robyn. Just over 7 years ago I was actually researching documentary film makers, looking for a film to compose music for. I came across a film in development called UNITY in which 100 celebrities narrate this enlightening film that re examines the interconnectedness of all life on earth, ponders our place in the universe, while taking viewers on a roller coaster ride that is inspiring, horrifying and enlightening. Its a powerful and unique film about kindness to ourselves and each other and all the beings that live on our beautiful planet. So I found this very fascinating and was about to email Shaun Monson the director when i noticed that he had made a previous film called Earthlings. Earthlings is a 2005 American documentary film about humankind’s total dependence on animals for economic purposes. Presented in five chapters (pets, food, clothing, entertainment and scientific research) the film is narrated by Joaquin Phoenix, featuring music by Moby, and was written, produced and directed by Shaun Monson. I decided to watch it first and then email Shaun. Well what a remarkable and life changing film! Its not for the faint of heart though, but I do think that the world would be a much better place if everyone single person alive would watch it. It basically portrays every kind of brutal and barbaric thing that we humans inflict on animals. I thought I had seen everything… but no. It was the most grueling film that I have ever seen or wish to see but I forced myself to watch to the end. As the closing credits rolled, I felt as though I had been through emotional and physical turmoil, definitely emotional. I was so deeply saddened and distraught. I sat dazed for a while and then I went to my fridge and took every meat and dairy item out of it and threw it in the trash! Right there and then I became vegan.

I have since learned that there are definite health benefits and its hugely helpful for the environment. Beyond 2050 factory farming will become completely unsustainable.Its also the best and easiest time to become vegan now. There are so many great vegan food products available. I take my hat off to pre 1990 vegans!

I urge everyone to watch Earthlings and consider a vegan diet. 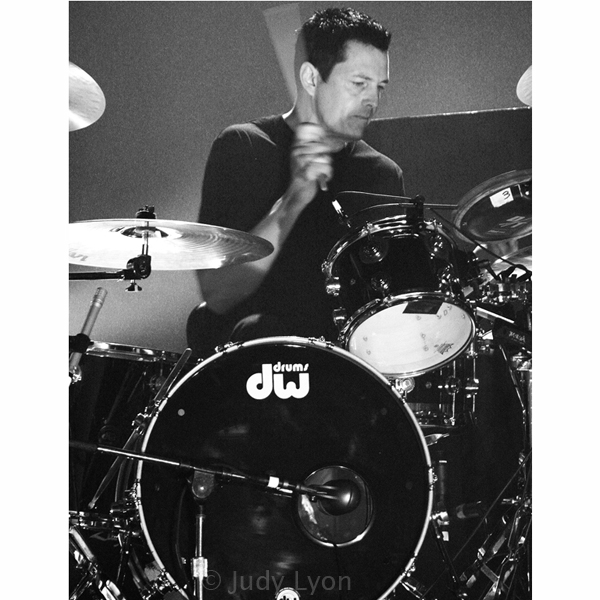 Vincent Damien Forrest – Will Poptone ever consider coming back to tour?

Hi Vincent. I can imagine Poptone touring again maybe in another years time if we are all free and motivated to do so.

Alejandro Nohara – How did you develop the iconic Bauhaus timing? How organic was it for you or was it a style you had to learn?

Hi Alejandro. Hmmmm. I guess you are referring to the feel? Actually aside from Bela Lugosis Dead which is a bossa nova beat that my drum teacher taught me, everything else was 100% organic. At the time there were two drummers who had an influence on me namely, Steven Morris from Joy Division and Kenny Morris from Siouxsie And The Banshees. I liked how Steven played sixteenth notes on the hi hat and he used this wonderful electronic drum called The Synare drum which I ran out and bought immediately! With Kenny I loved how he would use the tom tom drums rather than hi hats and cymbals. But when we came to write I would always let things just happen.

Bill Schuneman – Why the complete denial of The Bubblemen on the Poptone setlist?

Hi Bill. Thats a good question. Im not sure if it ever crossed our minds. Maybe next time around?!

Bill Schuneman – Now that the Poptone tour is over what’s happening to your obnoxiously oversized bass drum?