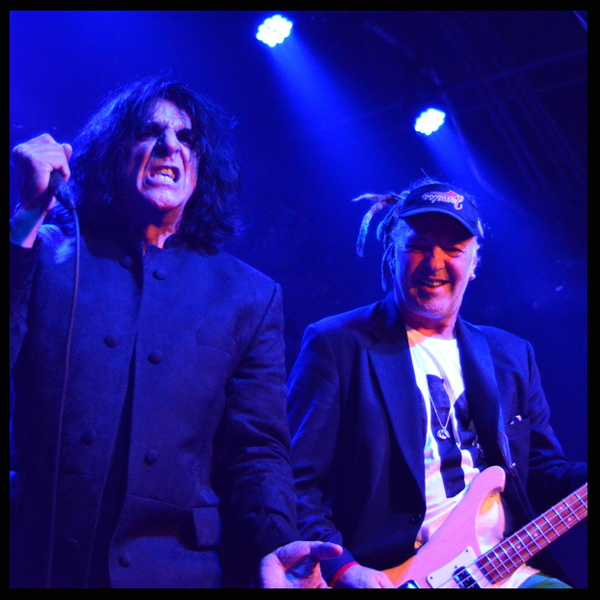 Words and Photos by Michael Mitchell

Killing Joke rolled into Charm City as the seventh stop on their “Laugh at Your Peril” tour celebrating their 40th anniversary. The original line-up of the band reunited back in 2008 following the death of former bassist Paul Raven and have been going strong ever since. Anyone who has heard the three studio albums that they’ve produced in this time will tell you that they are as relevant now as they were at the genesis of the band in 1978. Vocalist Jaz Coleman, bassist Martin “Youth” Glover, guitarist Geordie Walker and drummer “Big” Paul Ferguson are aided on this tour by keyboardist Roi Robertson.

Upon arriving and getting my photo credentials, my son and I stroll over to the merch table. There is a smiling figure behind the table who made my son quip, “Is that Alice Cooper?” and to my astonishment it turned out to be none other than Jaz himself. He was chatting up fans and soaking in all the good vibes. Is this really the mysterious figure that is so often called “unpredictable” and “crazy”? We approached him and I introduced myself and my son and told him I’d be taking lots of pictures of him in the photographers pit. “I can always email the good stuff to your publicist for you” I said. He replied, “Good thing as I don’t do the internet. I’ve never sent an email in my life! If people want to get me they have to use that old fashioned telephone.” He laughed. “When the shit hits the fan and everybody’s wondering why their internet isn’t working, I’ll be laughing”. He continued greeting fans and taking pictures with them. I was asked by one fan to use their cell phone to take a picture of them all together. I snapped a great shot of them all. I hope they truly are as happy with it as they seemed. His wife was wheelchair bound and Jaz took a lot of time talking with them. It was very sweet.

Industrial legend Pig got the show underway. Main swine Raymond Watts has also played for Zos Kia, KMFDM and Foetus among others. Watts was aided by his guitarist Ben Christo and drummer Jan-Vincent Velazco. He commanded the stage, belting out fan favorites such as ‘The Chosen Few’, ‘Prey & Obey’, ‘Viva Evil’ and ‘Find it, Fuck it, Forget it’. His “BDSM priest in silver fringe jacket” look was the envy of my daughter who will be doing drag in a similar fashion soon. It’s rare to be at shows where the opening band generate crowd enthusiasm as high as the headliner, but tonight was definitely the case. There were many a fist pumping, shouting the lyrics fans for Pig on the night and that did my heart good. I’ve been a fan of his since his debut album in 1988, “A Poke in the Eye…with a Sharp Stick”.

Killing Joke came out to uproarious applause and launched into one of their most beloved tracks, ‘Love Like Blood’. It was odd when looking at the setlist of the first few shows of the tour to find that this song was missing, so it is a welcome addition to the eighteen song setlist that the band would play. Smiles abounded from Jaz and Youth throughout and you could tell the electricity in the air from a grateful audience infected their cheek bones.

The next two tracks were from their more recent works. ‘European Super State’ throbbed with danceable furor. ‘Autonomous Zone’ has lyrics that echo back to Jaz’s earlier comments to me about not using the internet, “No Wi-Fi soup, Off the grid, No more phones, No drones, Autonomous Zone”. ‘Eighties’ followed and made the whole Soundstage jump up and chant right along.

Introducing the next tune, Jaz recounted his meeting with the couple before the show (and whom I’d taken a photo of together). He said in talking with them he learned that when they heard this song together that’s when they decided to get married and he said, “It touched me. It’s a lady in a wheelchair with her lovely husband, this is ‘Requiem’ for you.”

Dipping into their second LP, they played ‘Butcher’ because as Jaz put it, “People ask me what my religion is and I tell them I worship the Mother, Mother Earth, and we haven’t been so kind to her.” The fury coming off the stage was thick. They wanted you to feel the meaning and really take it in. The relevance of the words he sings mean just as much today, if not more than when they wrote them in 1981. 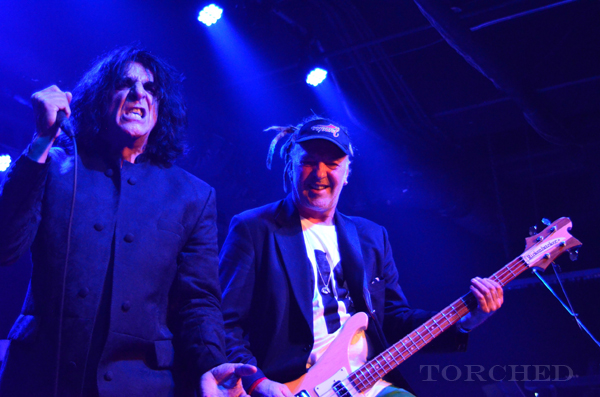 “I want you to know, we will never judge you because of your politicians. We love you very much” Jaz said before they launch into an amazing version of ‘Follow the Leaders’. Next he reminisced that he gave up drinking 11 years ago for everyone’s safety but he’s frequently reminded of his behavior and they launch into ‘Loose Cannon’ from the 2003 eponymous album. ‘Labyrinth’ from their incredible “Pandemonium” album followed much to the crowds surprise. This was a fairly recent addition to the setlist, but a damn welcome one.

A few more songs down the line they get the crowd screaming along with ‘Asteroid’, then wind down the main set with ‘The Wait’ from their 1980 debut and the single ‘Pssyche’ which was played with a fervor that has never left them. Forty years has never sounded so young.

At the encore, as Jaz hands out bottles of water to members of the audience, Youth takes to the microphone with spliff roach in hand to say, “Since we all feel like old friends, let’s have a dance and a bob right now” as they play the instrumental “S.O.36” followed by “The Death & Resurrection Show” and a blistering “Wardance”. As the ending of the song is still reverberating, I notice Geordie looked at his watch. The local sound ordinance has bands stop at 11PM. He walks over to Jaz to remind him of this and it looked like he said, “No, fuck ’em” and waves Roi on to start the final song, “Pandemonium”. “Don’t rush just because we’re up against the clock” he says into the mic with a smile, causing the audience to freak out and jump up and down in unison as the groove gets laid down. At the end, as Geordie is about to take off his guitar, I see him look off to stage right and he flies the V’s to someone and says, “FUCK YOU”. That was the true Killing Joke. The perfect end to a perfect performance.

Although you might think they look worse for wear, these guys have not missed a beat in 40 years. The fury and the fun are all there. You could tell they were having a blast, enjoying each other and the crowd. Should they come back around for another go, don’t miss the opportunity. It was a true representation of their four decades and the broad array of styles that this band helped create and mold. Their influence is undeniable and the innovation is heard in every single track performed. From Post-Punk to Goth to Industrial to Dance-Pop, they belted it out in spades and hopefully will continue to do so. 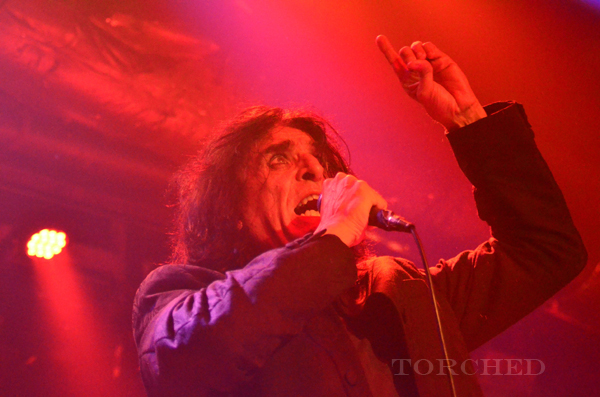 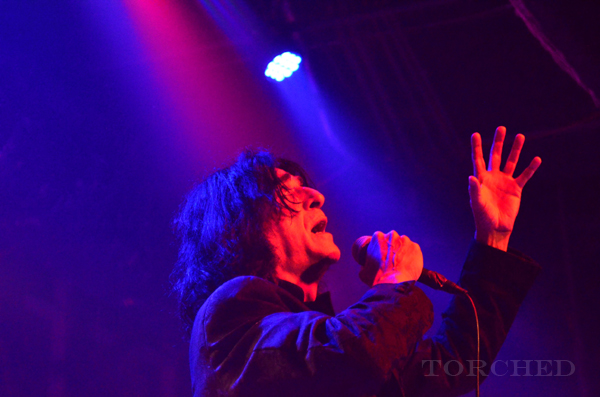 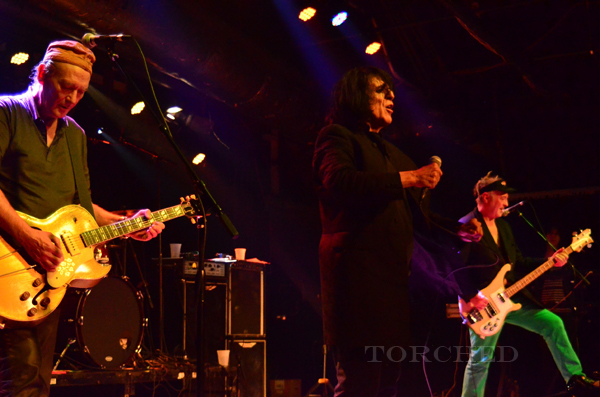 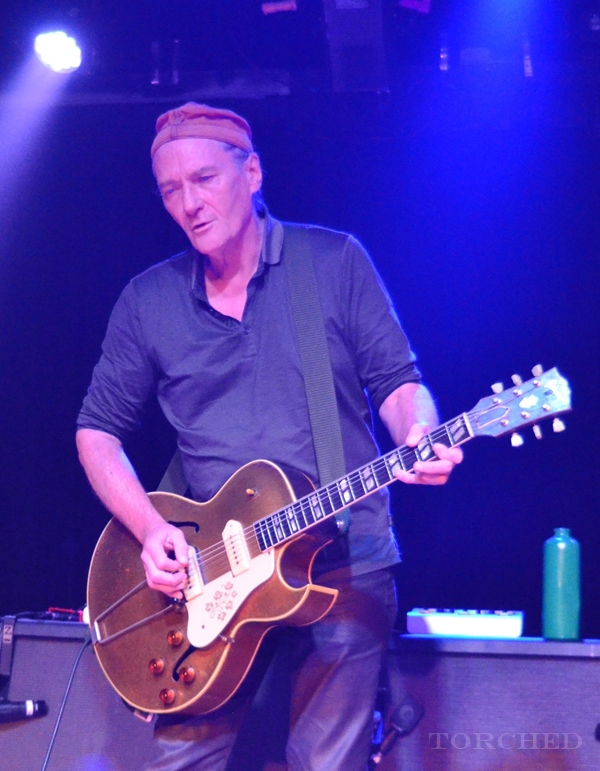 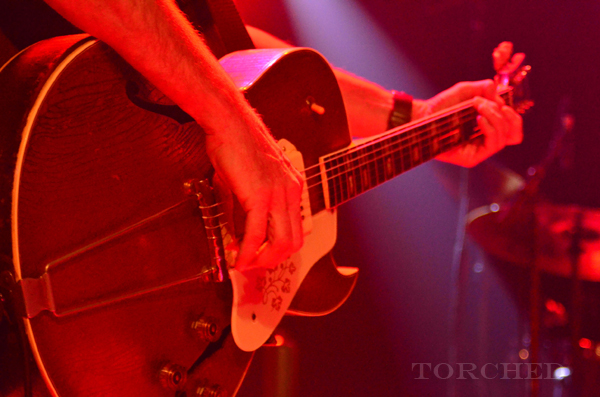