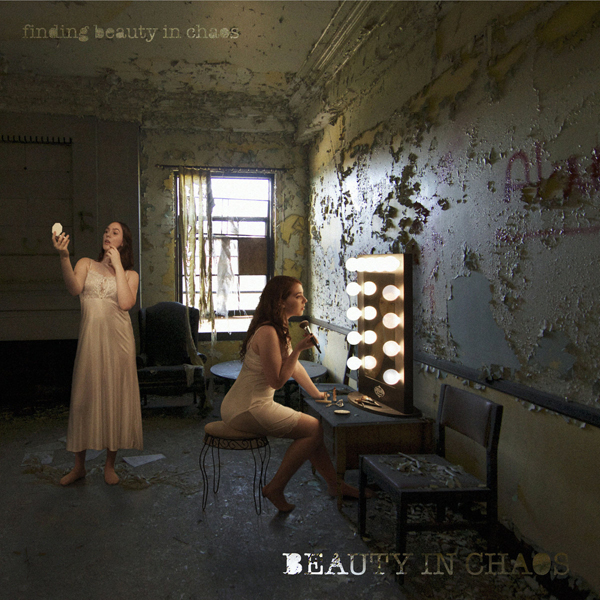 There’s something brewing in the atmosphere, something so electric that if you stay in its path you will soon be swept up in its sonic sound waves. Today we are pleased to bring you the first single ‘Storm’ off of Beauty In Chaos’ debut album entitled Finding Beauty In Chaos. This highly charged lead off track, produced by Michael Rozon, features the deeply intense vocals of Ashton Nyte (The Awakening) alongside Michael Ciravolo’s (Human Drama, Gene Loves Jezebel) cascading guitar riffs. It starts off like dancing melodic snowflakes caught in the wind but quickly turns into a blizzard leaving the listener running for the nearest cover.

Beauty In Chaos is a masterfully curated collective and dream convergence that brings together some of the most iconic names in the music world by guitarist Michael Ciravolo. Not only is he an outstanding and well respected musician, engineer and producer in his own right but also the President and CEO of Schecter Guitar Research. Think ethereal old school goth/ alternative meets rock but with a modern edge.

“I feel like I am the curator of something very special here. The artists that have contributed to this record have put their heart, their soul and their amazing talent into BIC. I really enjoy the process of putting different artists together and I have made some amazing, new great friends. I’m really excited about where this journey is going and I am already thinking about BIC3 and the creative limitations that hopefully will spark something more beautiful and more chaotic,” says Ciravolo.

A follow-up ‘remix’ album , beauty re-envisioned is simultaneously in the works and has a plan release date of March 2019. This record will have mix interpretations and alternate versions by the likes of Tim Palmer, John Fryer, Mark Gemini Thwaite and Tyler Bates.

Beauty In Chaos’ first album finding beauty in chaos will be released on 9-21-2018. For further information and to hear excerpts from the new album please visit their websiteHERE.

We first introduced you to Beauty in Chaos a few days back with an extensive and exclusive interview that can be read in full HERE.

Keep up with Michael Ciravolo and Beauty In Chaos