Many moons before David J ever knew it, we became fast friends after I first heard Love And Rockets’ song ‘Ball Of Confusion’ on late night alternative radio. The show only came on once a week and was pure gold for those of us searching for great new underground music. As a teenager who grew up in Ojai, Ca. in the year 1985, this was one of the only ways for us to hear new music besides through friends or by taking a day trip to the record stores in L.A. Needless to say, this was a real game changer for me and I quickly went out to purchase Seventh Dream Of Teenage Heaven and everything else from the back catalogue that I could find. Fast forward through the many chapters thereafter to 2018 when I now have the real honor of interviewing one of my all time favorite musical artists, David J.

Starting tonight, David J returns to his roots and will join Peter Murphy for a 40-year Bauhaus anniversary tour across the UK, Europe, Australia and New Zealand, for which they will play their full debut LP ‘In The Flat Field’. Bauhaus released 4 groundbreaking albums, cementing their place in music history. Considered one of the most influential bands since The Velvet Underground, Bauhaus spearheaded the post-punk alternative music scene of the early ‘80’s, defining a style that is feasibly the pinnacle of the gothic scene. Late 2018 will bring a series of coloured vinyl Bauhaus reissues and more tour dates are expected later.

David J has also announced two one-off solo UK concerts in between festival dates with Bauhaus vocalist Peter Murphy and their newly-announced world tour, including’ Back to Beck, a historic intimate event at the studio in Wellingborough, England where ‘Bela Lugosi’s Dead’ was recorded. Released on August 6, 1979 by Small Wonder Records, this is considered the first gothic rock release. Featuring lyrics composed by David J, this massively significant single led to a John Peel session, two years of charting in the British independent charts, and being signed to 4AD Records and, later, Beggar’s Banquet. 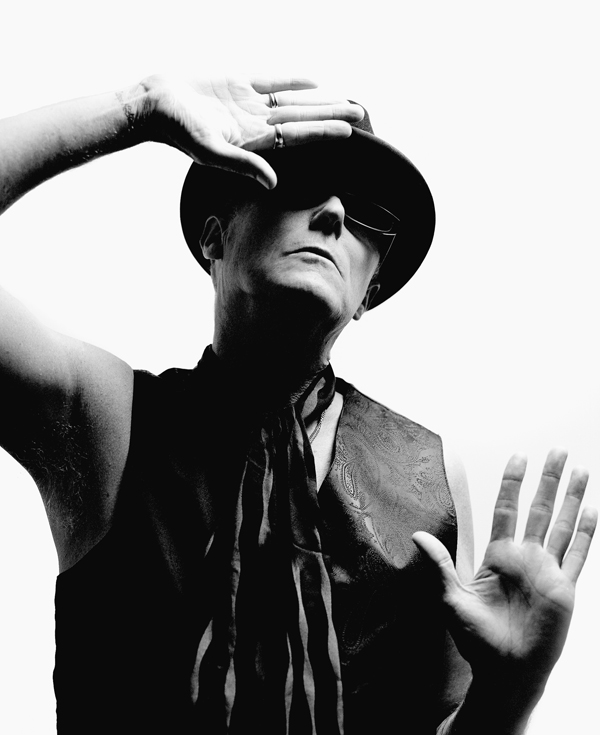 And without further ado.. Torched is pleased to bring you an exclusive interview with the one and only ‘avant of the avant-garde,’ David J. Many thanks to Darwin Meiners and Shauna McLarnon with Shameless Promotion PR.

You’ve made a few producing/guest appearances on other people’s projects over time. Do you find it challenging and/or enjoyable creating new music in this way?

I love donning that producer’s hat and also being a guest player. My approach to both is similar in that the way I work is very instinctual and spontaneous. I find it highly stimulating to interact with other artists.

This last year you returned to Prague in order to record your next album. What is special about this particular location? What was your inspiration behind your next album release?

Prague is steeped in old world mystery and magic. The studios are excellent and I have to say, relatively inexpensive. The new album has a distinctly melancholic European atmosphere albeit tempered by a dash of dry humour. This album is really something of a heart on the sleeve, confessional journal. It is very personal and it may well be the last album that I make as I believe that it is my strongest to date and would be very hard to top. Also, it takes so long to get an album manufactured and released and I want to focus more on one off tracks that I can make available immediately via the internet. My Patreon site has been a great vehicle for the latter and I really like the spontaneity inherent in this format. Collaborative projects are also very appealing to me so you can certainly expect more of these in the future.

In regards to your next album, you had the opportunity to work with many talented musicians in Prague, including Karel Holas (violin), Aliaksandr Yasinski (accordion), Robert Vasicek, (piano), Taras Volos (contrabass), Zachary Gene Betz (tambourine), Joel Rhodes (trumpet /flugelhorn) and Elles Marie (backing vocals). What was this recording experience like for you?

It was inspirational! I felt so fortunate to work with all of these great musicians. Karel Holas is one of the greatest violinists in the world. He is also very open minded musically and brimming with inspired ideas. The engineers were also top notch.

Not only are you getting ready to support Peter Murphy’s tour celebrating 40 years of Bauhaus but you also have a of couple intimate solo events happening. One of these events ‘Back to Beck (The Crucible of ‘Bela Lugosi’s Dead’) is where Bauhaus originally recorded the band’s first single ‘Bela Lugosi’s Dead’. Do you have any fond memories of this recording session?

Extremely! It was our first session as a band and because of that it was very exciting, especially as we knew that we had something special with ‘Bela’. The idea of returning to the little studio after all these years is extremely nostalgic and inspiring to me. Although I know that it will be tinged with sadness as Derek Tompkins, the original owner / engineer is no longer with us and he was someone of whom I was very fond.

Can you share anything about the other UK concert happening in London on the eve of the Back to Beck event?

For that show I will be returning to The Islington where I played a sold out show last year with my old comrade, Pat Fish opening and then joining me for some of my own set. At my invitation, Pat will once again be treading the boards and will be proceeded by the excellent Micky Greeney. Before parting company last time, Pat gave me a copy of Mickey’s album, ‘Little Symphonies For KIds’, saying, “You’re in for a treat with this. He’s one of us!” Indeed he was right on both counts, hence his addition to the bill. Great songwriter! Also joining in the fun will be Paul Statham who has collaborated estensively with Mr. Murphy in the past and with whom I am currently collaborating on a project which is inspired by the works of the late great Sam Shepard. Promises to be a memorable night.

You recently joined Peter Murphy on stage at ‘Roxy Fest’ in Guadalajara. What was it like playing Bauhaus songs live again with Peter for the first time in many years? Did you find there were challenges? What did Marc Slutsky and John Andrews contribute to this historic event?

It felt monumental! There was a beautiful positive spirit present. Marc and John are great musicians and Peter and I encouraged them to bring their own distinctive musical styles to bear, rather than just copy the records. The essence is there for sure but we wanted to infuse the music with some fresh and vital energy. All in all the whole experience was a joy and it has set the tone for all the extensive touring that we have planned. 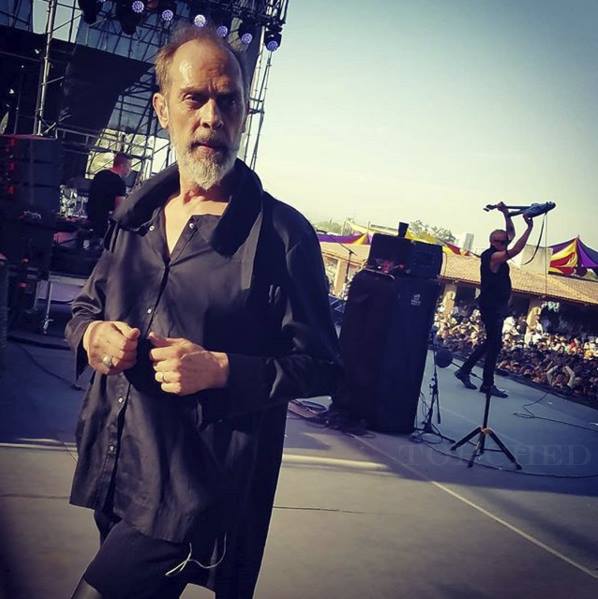 I’ve noticed that there are a few fans out there who feel the need to criticize your upcoming tour with Peter Murphy, saying things like ‘this isn’t Bauhaus’ and ‘it’s never going to be the same’. How do you feel about these statements?

Of course it is not the same and we have never claimed that this is Bauhaus. That would be ridiculous! In a way it is very similar to what Daniel and Kevin have been doing with Poptone. Going out on the road and celebrating the music of a great defunct band minus, in their case an original member, in our case, two. But I can tell that Poptone are playing with a good spirit as are Peter and myself alongside John and Marc.

Were Kevin and Daniel asked to join Peter and yourself for an actual Bauhaus 40th reunion tour? Do you see any rays of hope there for a possible Bauhaus reunion someday?

There was talk of a full on reunion a while back and we have been constantly approached by extremely interested promoters and agents dangling huge monetary carrots in front of us but for various reasons it never came to pass. At the moment I am so thoroughly enjoying the chemistry and energy that we have with this current ‘Ruby’ tour line up that, personally I would actually prefer to be doing it this way than the full shebang. No offense to Kevin and Daniel but there is significantly less drama with this set up and that works very well for me. The drama is all on the stage and not off!

Have your musical inspirations changed over time? What are your go-to records these days?

I have always had very eclectic taste in music and that is something that has continued to evolve. I am still an enthusiastic sponge when it comes to new sounds. Most recently I have been listening to a lot of the new bands coming out of China. They are very influenced by post-punk but translating this through their own culture and adding a contemporary spin. They are also extremely tight these young bands and there is a genuine spirit of rebellion there as they are living in what is still a very oppressive society. A close friend has also been turning me onto some great Russian artists such as Vladimir Vysotsky. Also, Michelle Gurevich who is a Canadian singer of Russian descent. She puts me in mind of a female Leonard Cohen. My friend also turned me onto the excellent Norwegian band, Madrugada. Great taste, this lady!

I’m also digging Baxter Dury’s ‘Prince of Tears’ album. His old man would be very proud! And recently while playing a living room show, I was approached by a local seasoned radio DJ who told me that my music put me in mind of the late Peter Laughner. He suggested that I should cover Laughner’s ‘Cinderella Backstreet’. I checked this out and basically fell in love with this artist who died tragically young at the age of 24. I recorded a version of his beautifully romantic song, ‘Baudelaire’ whilst in Prague.

Well, I meditate which really helps to keep me grounded and balanced. Although, I do let this discipline slip at times and when I do I certainly notice it as the negative tends to seep in. Really working on sticking to this regimen now though. I always have at least one book on the go which provides an alternative world that I can access at will. One of the best things for rejuvenating creativity is simply daydreaming and I have ample opportunity for this while flying on planes. Also swimming is very good for zoning out in a zen-like way so that ideas float to the surface. (Pun not intended!)

Thank you David J for taking the time for Torched Magazine! It was a real pleasure to have the opportunity to ask you a few questions…safe travels on your world tour with Peter Murphy and company! 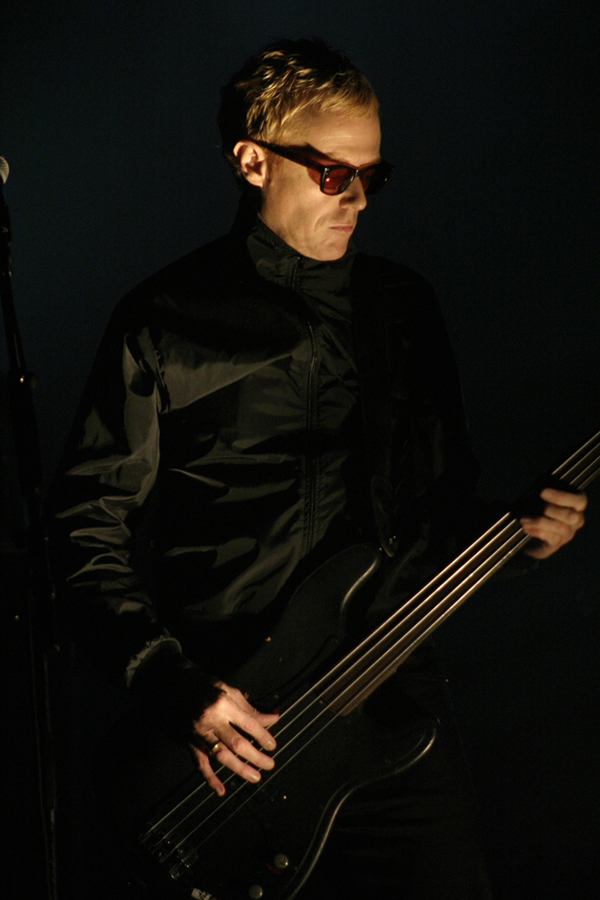 Fans are also in for a real treat with the reissuing David J’s solo album ‘Crocodile Tears and The Velvet Cosh’ LP on September 7. This was his second solo release after Bauhaus’ disbanding. Released on Glass Records in 1985, the label’s new incarnation, Glass Modern Records, will release this remastered David J classic on 180-gram heavyweight clear vinyl with inner bag featuring all the lyrics, plus new sleeve-notes by David Barker of Glass Records.

Order ‘Crocodile Tears And The Velvet Cosh’ via Bandcamp and ‘Who Killed Mr. Moonlight’, his book on his Bauhaus years, via David’s website. His latest album  ‘Vagabond Songs’ (2017) can be ordered here. Tickets for David J solo UK dates are available here and Peter Murphy-David J tour tickets can be ordered here.