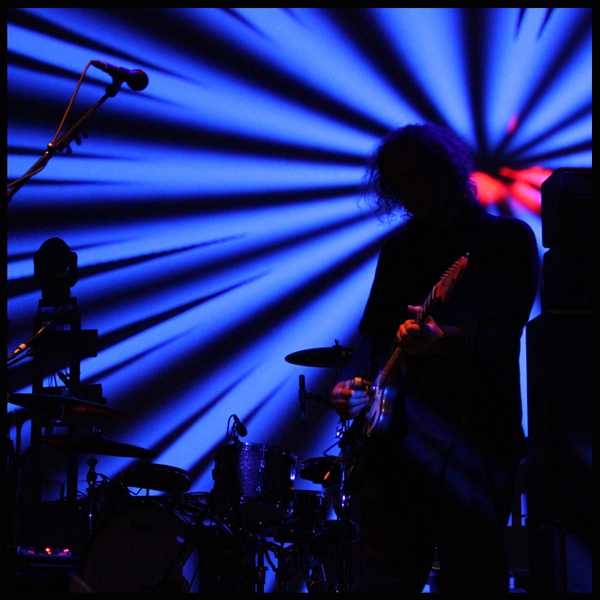 What an amazing evening at The Fillmore. A sold out show featuring one of my favorite dream/noise/shoegaze/whateveryouwannalabelit bands, My Bloody Valentine. They have been at it now for around 33 years and fortunately don’t show signs of stopping. There are only long pauses between public activity. We are promised 2 upcoming E.P’s which this reviewer is eagerly awaiting. The band as always were Kevin Shields on guitar, Belinda Butcher on guitar, Deb Googe on bass and Colm Ó Cíosóig on drums.

It’s been five years since MBV’s last appearance in the “City of Brotherly Love”. Their last show from 2013 was pretty shambolic. They had to restart three songs due to technical difficulties not to mention they shortened “You Made Me Realise” apparently due to the same issues as earlier. I have forgiven and forgotten in spades thanks to tonight’s appearance. This show was so close to topping when I saw them in 1992. Just quieter.

After the opening set I spotted members of Carlton Melton and Bardo Pond in the audience. Excellent people. We talked for a short while until the lights in the house dimmed quickly.

MBV hit the stage and after a surprise, “Hello” from Kevin, immediately start the assault with “I Only Said” from Loveless. They still have a magnificent, tight core and land right on top of each other when it counts to deliver a guttural punch that makes you headbang as only a shoegazer can. The back projection of psychedelic trippiness is used to good effect especially on a song like “New You” that has that “guitar through an oscillating fan” effect. It helps you feel it and not just hear it.

Four tracks into the set is a new composition (affectionately called “New Song 1” on the written setlist I saw). Hopefully this one will develop more. It sounded more like an idea than a fully developed Bloody Valentine song. “New Song 2” followed a few songs later and we are really in for a treat if this is destined for one the E.P.’s that is rumored to be released. It’s about as bluesy as I think they can get but it’s very powerful in it’s slow delivery.

The remainder of the show is culled from songs off their three best known albums, ‘Isn’t Anything’, ‘Loveless’ and ‘MBV’, as well as E.P. tracks of old (well at least if you consider 1988 old). The crowd went ballistic as they launched into “Only Shallow”. One of the loudest roars of the night. I was surprised to see so many millennials actually look up from their phones to dance and jump along! Seriously. We stood in front of a group of 3 guys who were late teens to early twenty’s who spent almost the entire show watching weight lifting videos. Seriously. At $50+ per ticket you’d of been better off spending that to go watch people really pump iron instead of staring at a device, ignoring a bunch of middle-aged musicians with instruments on a stage in front of you. But I digress….

They hit their major stride with “To Here Knows When” followed by “Slow” and the epic dance track “Soon”. The latter got the blood flowing in the sold out room. I don’t think there was a motionless body for this one. Quite a pleaser. Then with “Wonder 2”, Kevin breaks out the e-bow (I know that little blue dot in his hand from anywhere!) and drenches the audience in a cascade of humming notes. Soothing and blistering at the same time.

By this point we are well over an hour and a half into the set. Kevin, being unusually chatty says, “Can we have a cone of silence for one moment….for no reason”. Colm clicks off a four count and they launch into “Feed Me With Your Kiss”. They all counted out those ever changing beats to perfection. It was also one of the clearest vocal presences of the night. Belinda and Kevin’s mic’s are notoriously low.

Chatty Mr. Shields then let’s us know what we are about to hear is “the last song…thank you for coming.” We get another four count off the drumsticks and you hear the unmistakable opening to “You Made Me Realise”. Those who know what to expect from this song cannot wait and those who don’t know are in for either an unsolicited trip or a severe case of the “What the fuck just happened” mind melt. By the time they reached what is known as the ‘Holocaust’ section of the song, being the veteran MBV concert goer that I am, I clock on my phone exactly how long the blinding one note wall of white noise is going to last. During the 2013 show this only lasted for roughly 4 minutes as Kevin seemed to be having trouble with his gear. Tonight they went a blistering 9 min 48 seconds (according to my phones stopwatch). Colm shook his head back and forth almost the entire duration. How can he do that? Right on queue they finished off the song with a fury that I hadn’t witnessed before. Watching Deb and Colm bob and weave and pound with such intensity to the final note…I felt exhausted for them!

To say that seeing My Bloody Valentine live is an experiment in auditory fortitude is kind of like saying the Pope is Catholic. However, after my previous two experiences with them, tonight I can say I felt the levels were very subdued. I don’t know if Kevin Shields’ bouts of hearing loss has had anything to do with it or maybe just age. All I know is the “Holy shit, my bones are melting!” feeling from 1992 wasn’t there tonight. Not that that is a bad thing necessarily. I like my bones.

Cigarette in Your Bed

Nothing Much to Lose

To Here Knows When

Feed Me With Your Kiss

You Made Me Realise 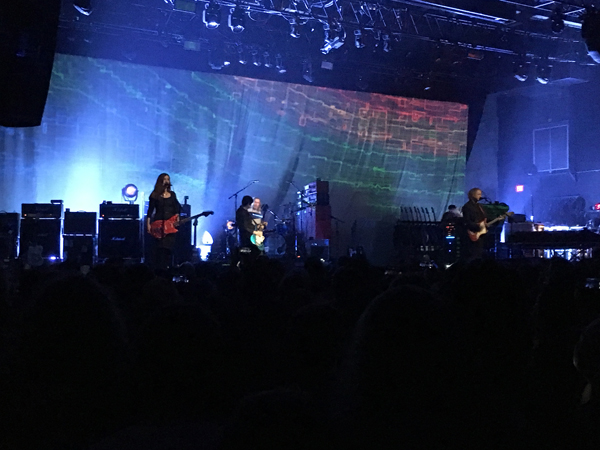 Keep Up With My Bloody Valentine