Torched Review – Tulipomania – ‘Off The Map’ / ‘On The Outside’ (Spinello Remix)

“Off the Map” is their new maxi-single on Sursumcorda Recordings and is available from the band’s Bandcamp page (see link below). You can feel the heat pulsing off of this track. It slinks along like a drunken orgy of The Cramps and early Wolfgang Press. Buzzsaw guitar begins wailing while a steady beat is laid down. Murray’s understated, hissing voice comes in to permeate the seedy scene being played in our mind. Gelover provides the haunted backing vocal that is omnipresent to the sonic haze. Lilts of glockenspiel play along with the guitar at the break halfway through, getting your eyes to open just a little before the track leaves you stranded at the bar with that opening whir of guitar. Your tab is paid.

The track ‘On the Outside’ from their 2016 release “This Gilded Age” gets remixed by Spinello (a.k.a. Shane Woolman) who is a London-based Producer / Remixer / DJ. The brooding album track has been given a deep inhale, then spun in a wash of analog synth waves and drowned in a dub-by beat. His instrumental remix of the same track makes me think of bass player and Dub-master Gary Bromley and his post-Dif Juz output.

Top all of this off with more gorgeous artwork by legendary graphic designer Vaughan Oliver of v23 and you have one beautifully gritty and sultry package. This will hopefully see a wider release rather than just download only. Quality like this needs some shiny black wax with a side dish of CD for nostalgia’s sake. 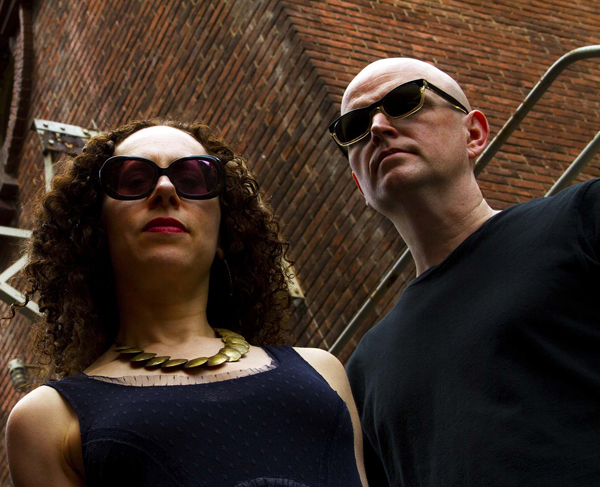