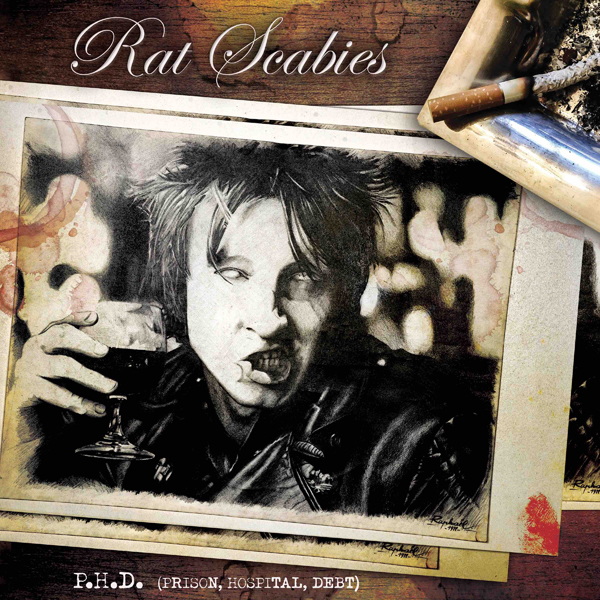 Rat Scabies of legendary co-founder of punk rock icons The Damned has announced his forthcoming debut solo album ‘P.H.D. (Prison, Hospital, Debt)’. Ahead of this release, he is previewing the album’s lead track ‘Chew on You’. Written by Rat Scabies, who also plays drums, guitar, keyboards and cigar box guitar here, Jesse Budd of Flipron contributes lyrics and vocals, with Nick Oblivion on bass guitar.

“I have written music ever since I threw together ‘Stab Your Back’ and have been recording ideas right up until the very week that PHD was due to be mastered. This is the music I created over a period of years – starting then and ending now,” says Rat Scabies.

The album will be released by Cleopatra Records on CD and digitally, as well as a choice of red or white vinyl. Recorded over several years, this album features 11 original tracks, as well as his version of Louis Prima’s ‘Sing, Sing, Sing’. Rat Scabies self produced and recorded this album at Arch 8 Studios, as well as handling all arrangements.

“Like Charlie Watts said, it’s 5 years work and 25 years hanging around, well during the hanging around periods I always had the itch to learn how music and recording studios worked so I would sit down and plonk on a guitar or a piano until it sounded like music, I carried on with the process over the years and eventually graduated into having my own recording studio and a bunch of songs which for one reason or another had never seen the light of day,” says Rat Scabies.

“In 2017, Matt Green suggested I release a solo compilation album of previously released material. I didn’t see the point, so I suggested instead that I put together my neglected back catalogue, which was not just about that mad drummer bloke thrashing a kit, but instead showed some of the more musical, humorous and diverse elements that made up my percentage of the Damned. 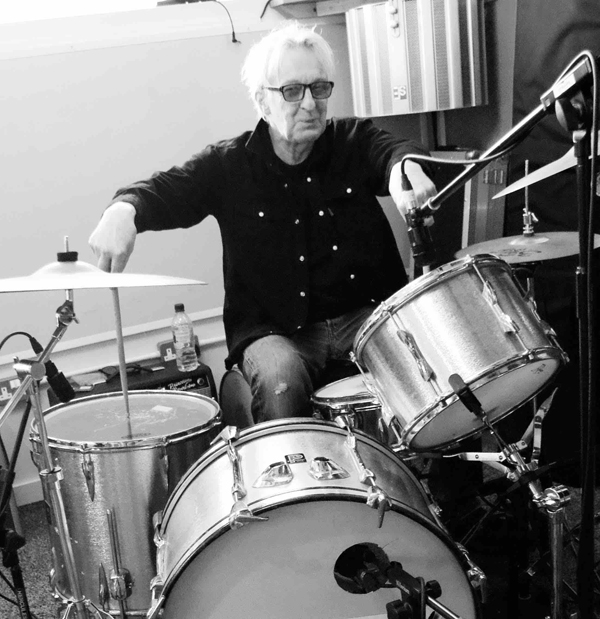 Rat Scabies (born Christopher Millar in Surrey, England) is a self-described “drummer, grailhunter and cigar box guitar maker.” He was also a founding member of The Damned, one of modern rock’s most influential and important bands. In 1976, Rat teamed up with guitarist Brian James, bassist Ray ‘Captain Sensible’ Burns and vocalist Dave Vanian to form this iconic group. Along with the Sex Pistols and The Clash, they helped to spearhead the punk movement in the UK and are also well known as one of the first gothic rock bands, having a major influence on the goth subculture.

After relentlessly nagging his parents for a drum set, Rat Scabies began playing music at the tender age of eight years old. Once he’d picked up the sticks, he never wanted to do anything else, noting “I would never have been anything but a drummer, no matter what I did.”

After an initial checkered musical education, his first pro gig was in 1975 as a ‘pit player’ at the Thameside Theatre in Grays Essex for the Yorkshire Theatre Company’s production of ‘Puss In Boots’. As unemployment beckoned, he answered a Melody Maker advertisement, reading “Wild Young Drummer Wanted”. He was granted an audition at a sleazy rehearsal room in Paddington, where he met guitarist Brian James and thus were born punk icons and troublemakers The Damned.

He left the Damned in 1996, but the impression he made on fans was indelible. Although best known for snarling punk anthems like ‘Neat Neat Neat’, ‘New Rose’ and ‘Love Song’, the Damned blossomed into an unpredictable, highly adventurous band in the 1980s, often touching on psychedelia, Motown, goth, and even progressive rock, all the while retaining their aggressive, sometimes sinister edge. Scabies played a crucial role in the group’s evolution, not just as the rhythmic powerhouse, but also as songwriting partner and co-producer on classic albums like ‘Machine Gun Etiquette’, ‘The Black Album’ and ‘Strawberries’.

Over the past forty years, Rat has played countless live shows and recorded numerous studio albums. He has collaborated with many top musicians, such as Robert Fripp, Lemmy, Donovan and Neville Staple, as well as Joe Strummer, Jimmy Page, and The Eagles Of Death Metal.

‘P.H.D. (Prison, Hospital, Debt)’ will be available through online stores and streaming platforms as of May 18, but ‘Chew on You’ will be released as a standalone single well prior to that. Listeners can already pre-order the album on vinyl or else on CD via Cleopatra Records or digitally via Bandcamp. 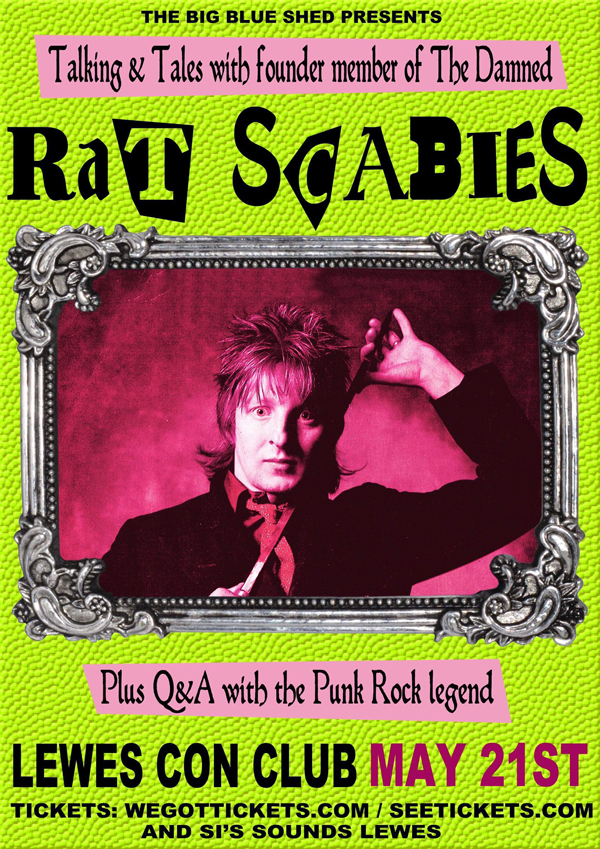 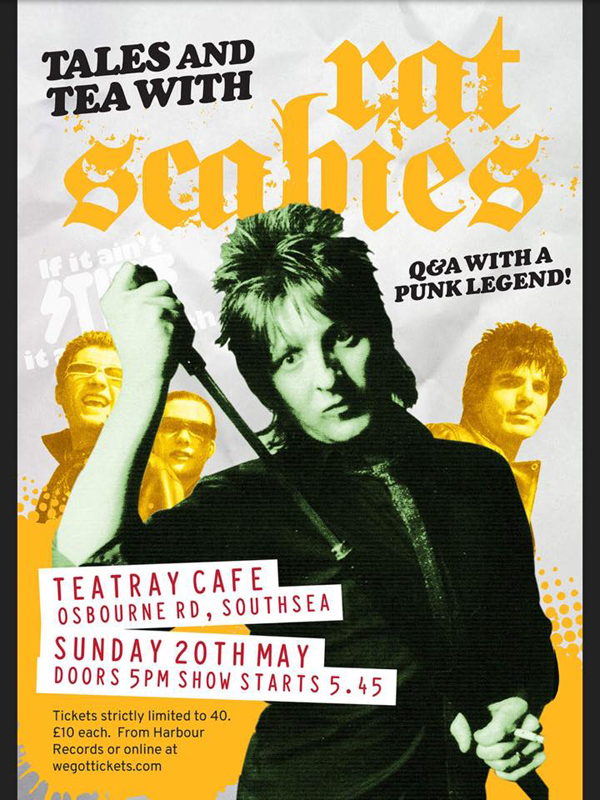 Glad You Could Make It