It’s not every day that we let our ears wander as far away as Italy but today gives ripe occasion as singer-songwriter Claudio Conti introduces his new video for ‘Blazing Lair’. This is a sonic exploration of Conti’s love affair and intrigue with California’s largest megapolis. The song in itself is a work of art and the video only accentuates his unmistakable talent. Reverie, hope, and melancholy can all be found in this one track.

Claudio Conti presents ‘Blazing Lair’ is the second single off his new album ‘Garnet Dusk’ album, out now via Seahorse Recordings. This follows up the earlier revealed single ‘Old Clouds Fell‘-. both tracks reel in a delightful ebb and flow, while the new single beautifully embodies California dreaming.

The new accompanying video was entirely filmed last September in Los Angeles, mainly in the West Hollywood and Venice areas in September 2017, this video was filmed and directed by Claudio Conti and Frederick Byron, who also edited it. The two previously cooperated on the video for ‘Old Clouds Fell‘, shot entirely in San Francisco and California’s Bodega Head Beach.

The new film portrays the shadows and lights of Los Angeles, a city that has always been blessed, cursed, crowded and infested by artists, and who shape this luminous place with their greatness, their weaknesses, their achievements and their failures. 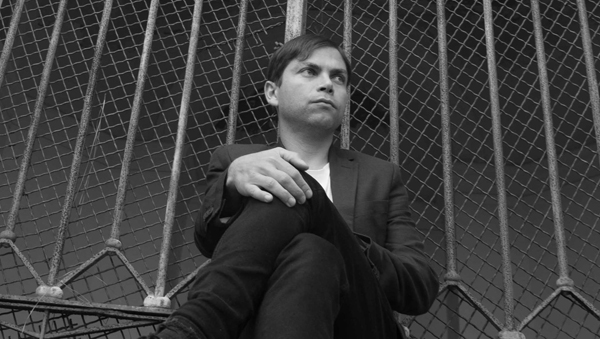 “L.A. is ambrosia, whispers and caresses of inspiration but also the kiss of death,” says Claudio Conti. “To have artistic recognition there is the greatest challenge, the city of angels (or of lost angels)  seems like the most dangerous and highest mountain to climb unharmed for any artist.”

Claudio Conti is an Italian songwriter whose style is rooted in the same romantic pensiveness that mark the music of Tim Buckley, Nick Drake, Gene Clark. and Tim Hardin. Largely drawn to psychedelic music, folk rock and 80’s indie rock, he considers Gram Parsons, The Doors, The Smiths and early R.E.M. as his main influences.

His new 14-track album ‘Garnet Dusk’ is a very ambitious and personal album with moods alternating between the chaotic experiences of a man in his early to mid thirties, the solidification of his beliefs and worldview, including its flaws and qualities. Addressing such issues as migration and maturity, this is a product of deep thinking about life’s inevitable and difficult situations. This album was equally inspired by the sound of the ocean as by a woman’s departure. This is Conti’s attempt to explain unusual encounters like ships passing slowly in the night.

“This album is about the mysticism of love and rediscovered affection. The truth in children’s eyes and parents’ lack of consideration. And the frustrations, the illusions of flippancy that take us far from certain situations and on a detour towards the firmness of our insight, the channel of real life, where we find the lifesource that we really need,” says Claudio Conti.

Conti’s ‘Garnet Dusk’ is like fire in the sky, lasting just a short while but holding your core intuitions – carpe diem. Then comes the night with its glorious shadows and blinding lights… a reel for the poets… a tryst for the unsatisfied.

4   Enter The Door Of The Daughter

6   The Quiet Reign Of Thought