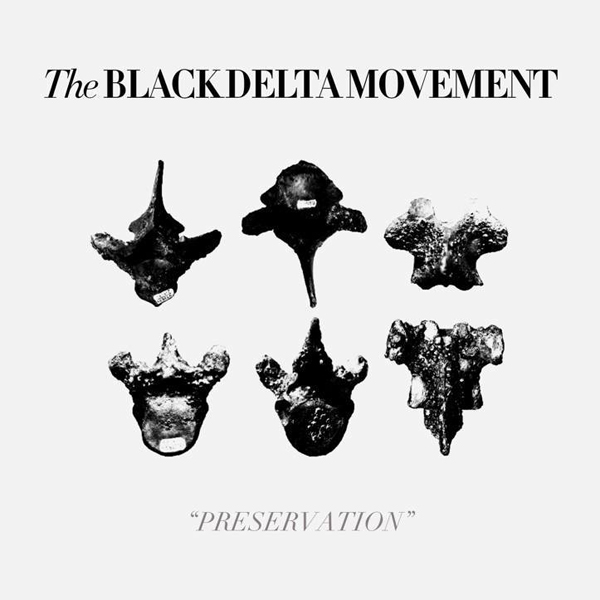 Torched Magazine is pleased with having had the opportunity to speak with Matt Burr (lead vocalist, multi instrumentalist) and Dom Abbott (lead guitar) from U.K. indie rock band The Black Delta Movement. Forming in 2010 they would go onto release an impressive and extensive list of EPs and singles over the years until now. Their latest endeavor and debut album ‘Preservation’ was released March 30 and recorded at LoveBuzz Studios with Little Barrie collaborator Mike Burnham and mastered by Pete Mayer.

The Black Delta Movement are here to put the danger, potency and threat back into a genre that is loosely applied to a vast malaise of musicians these days. Their first available track for streaming ‘King Mosquito’ packs a raw and energetic punch as it draws the listener in leaving a sense of instantly wanting more.

Having played 280 shows since their formation, The Black Delta Movement have managed to build a solid reputation as a dynamic live act and recently completed a successful European Tour, traveling over 6,500 miles and visiting 8 countries. They have supported bands such as Little Barrie, The Jesus And Mary Chain, Embrace, The Stranglers, The Brian Jonestown Massacre, The Alabama Three, Kaiser Chiefs, Temples, Drenge, Toy, The View, Shaun Ryder, Jefferson Airplane, and Steve Cradock.

There’s a long list! The Brian Jonestown Massacre, BRMC, The Black Angels, The Rolling Stones, Thirteenth Floor Elevators, Nick Cave, PJ Harvey and The Stooges spring to mind though. I could go on!

TM – What was your inspiration behind ‘King Mosquito’ off of your upcoming release Preservation?

Preservation is a mix of songs from the last 8 years of us being a band, if I’m honest I can’t really remember the initial inspiration behind the song. It is mainly about ridding yourself of somebody that’s poisonous though. Nobody gives a shit about you as much as you should about yourself!

TM – Could you briefly describe your music-making process?

We’ve written in a lot of different ways, sometimes starting with a particular instrument, other times it’s been a jam and then, on rare occasions, we’ve come in with a full song ready to learn and play.
I much prefer to have a small blueprint of what the song should sound like though and then everybody build around it.

TM – Where did your name ‘The Black Delta Movement come from? What was the inspiration behind this?

The Black Delta Movement came from a love of long band names such as The Brian Jonestown Massacre, Black Rebel Motorcycle Club, The Jesus & Mary Chain etc. I looked on Wikipedia one day and there was an article about ‘The Siberian Revolutionary Committee’ and I just loved the name. I wanted to have the kind of name that graphic designers hate putting on posters, ha!

TM – Are your lyrics generic or based on real experiences? Could you expand on your answer?

It depends on the song, some have a very special place in my heart that I don’t tend to tell people, others I don’t mind elaborating on. A lot of them are generally some kind of loose narrative though.
One thing I came to learn from music is that everybody has a different perspective on it. A song can mean one thing to me but a complete other to somebody else. Somebody thought one of our songs was about the banking crisis once – I don’t know where they got that from, I couldn’t give a shit about bankers!

TM – How would you explain your sound to a new audience?

I’ve always struggled to describe this. The album is probably more of a Stooges/Stones-esque scenario. Raw, loud and in your face.

I find it hard to describe what we do though.

TM – You’ve had the opportunity to tour extensively over the years. What was one of your favorite experiences while on the road?

There are too many, I forget them a lot of the time and they pop up out of the blue every now and then either by being reminded or me just remembering out of nowhere. I have to say playing to four or five thousand people at a festival has to be up there though. There’s no feeling quite like it.

TM – What was it like touring with The Jesus and Mary Chain and The Brian Jonestown Massacre?

We didn’t tour with either of them, we’ve played with The Mary Chain three times though, once at a 3 thousand capacity venue which was really special to us since it’s one of our favourite venues (Leeds Academy), another was a 700 capacity club in our home so that was a privilege to be asked to do that.
The other was a fantastic festival in Manchester with both The Mary Chain and The Jonestown on. It was the best day! The Raveonettes were on too, Holy Wave, Uncle Acid & The Deadbeats, Sleaford Mods etc – all three shows were great to play to our peers and people who were in to what we’re in to. Hopefully we’ll actually tour with them in the future!