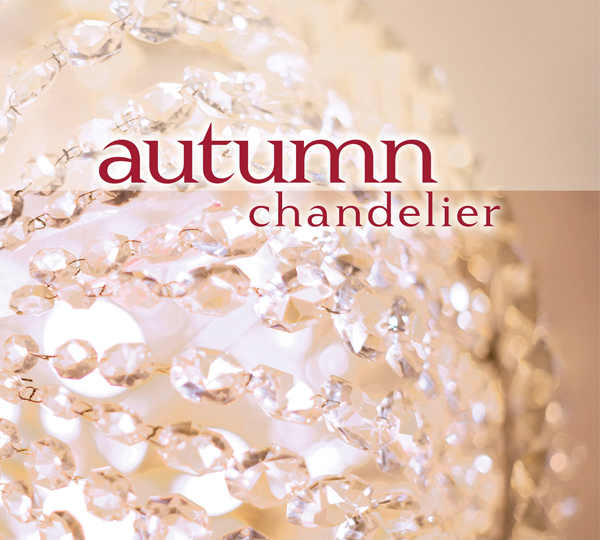 Torched Magazine is pleased to premier Minneapolis favorites Autumn with their long awaited 14 – track release ‘chandelier’ by Chicago’s Sett Records. Fans will not be disappointed with this new collection of songs written and developed over a 20-year period as they display an impressive range of mood style and atmosphere that feels like a continuation from where they left off. Neil McKay’s signature guitars laying melody after haunting melody over the top of Jeff Leyda’s flawless and nuanced bass, while Julie Plante’s heartfelt and powerful vocals takes the listener on an emotional roller coaster to astoundingly beautiful heights.

“This release is about transition, both for the band’s sound as well as our personal lives; love, loss, hope. The sound is more refined yet diverse in delivery styles. It appears the band had a few more things left to say, and our voices seem a little more confident this time around,” says bassist Jeff Leyda.

Kicking it all off is the uplifting ‘beginnings’ with its psych-pop flavored guitars and insistent beat as Plante’s vocals bring us into the moment: “and here is the only place I want to be, we are near to the earth now”. The album’s single ‘the fall’ shines as ever, delivering on the promise of the album it foreshadowed. ‘from under the waves’ brings a shift in mood and style as the band stretch out into minimal electronica, before ‘damage’ draws us back into that moment of dissolution, when two become one: “but now our dream’s come undone, crashing around me, here comes another one, till all the remains is a life in flame, what does it matter who is to blame?”

The piano and voice ‘just before the storm’ is perhaps the album’s most fragile moment, with Plante allowing herself great vulnerability in a tale of loss and moving on. Lyrics “all my progress comes undone with the sway of the pendulum, but my fears remain” provides a testament to picking yourself up and carrying on in ‘shadowgirl 2’, full of classic British alt-rock guitars and the push-and-pull tension of the bass and drums supporting the lyric to great effect;

‘my last confession’ sparkles with another burst of classic synths and retro-drum machine precision. ‘a vow worth keeping’ erupts with powerful rock guitar energy, adding yet another layer of sonic and stylistic depth to the album, before ‘chandelier’ brings us to the album’s close, at its lyrical zenith of gratitude and hope in the words “we’ll shine for all the world a living chandelier”.

Autumn is Julie Plante (vocals), Jeff Leyda (bass), and Neil McKay (guitars). Forming in Minneapolis in 1994, autumn has always sought to create melodies that get the listener to feel something deeply, that have the ability to haunt you in some way after the fact. The band released two albums on Tess Records – ‘the hating tree’ (1996) and ‘return to the breath’ (1999), with accompanying tours in support of each album before taking an extended hiatus.

autumn ‘chandelier’ is being made available on regular online stores and streaming platforms, including their own Bandcamp