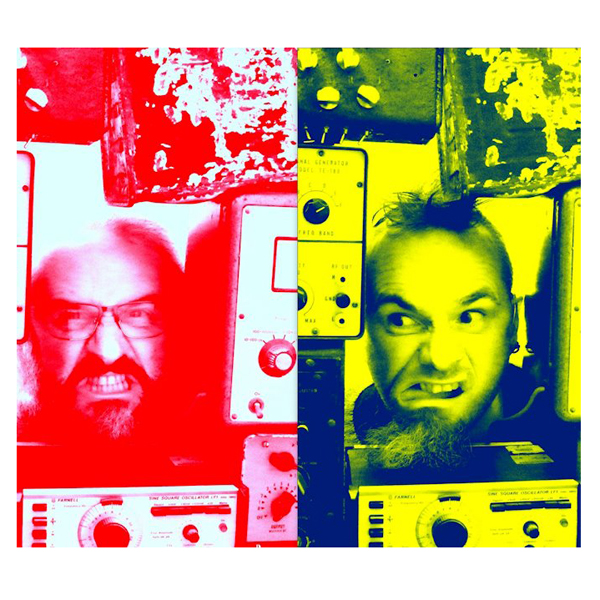 Today at Torched Magazine we have the privilege of premiering British cyberpunk trio Flesh Eating Foundation’s lead off track ‘We Are Fucked‘ from their forthcoming vinyl release ‘We Are Fucked’ due out May 1 via Sonic Entrail Records. This track quickly gets down and dirty hitting the listener at point blank range with all the fiery angst that can be mustered up. Honestly, if this doesn’t get everyone’s attention then nothing will!

‘We Are Fucked’ represents exactly where the band are at the moment. Two decades into a career and we see no reason to be any less angry, any less outraged at what is happening in the world,” says John E. Smoke. “We happen to have built lots of new synths and noise devices to help us express our feelings.”

Flesh Eating Foundation has been described as electro punk, experimental electronic punk, alternative electronic. A key element of their sound is their use of home made and circuit bend instruments. The electro crowd aren’t sure how to dance to their music and the headbangers don’t think they are metal enough. The punks quite like them though. It has been said that they make too many weird noises and they look a bit strange.  After giving ‘We Are Fucked’ a spin, I would place them somewhere between PIL and Skinny Puppy. 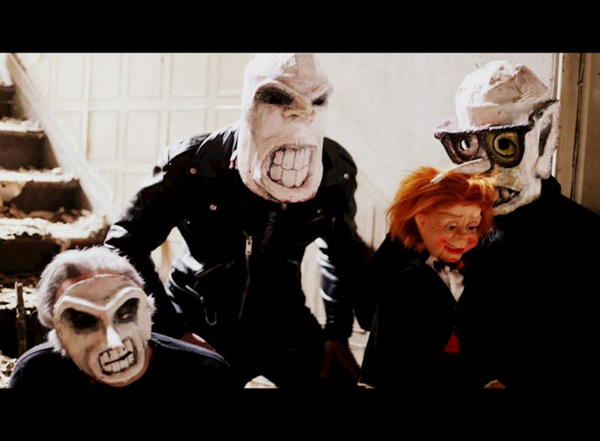 On the side they have remixed and collaborated with many like-minded artists who share their passion for experimental noise and horror. They have recently provided the score for the killer clown film ‘Crispy’s Curse’ while John E Smoke is a film maker in his own right. They’ve created official remixes for Curve, Angelspit, Junksista, Global Citizen, Tunnelmental, Jordan Reyne, Tony Byker, Afterchain, Kenji Siratori, Kunt and the Gang, Emen, Zeitgeist Zero, Alien:Nation, and Mr. Strange. You’ll also them on various compilations and Tribute albums for Coil and Ministry, amongst others.

Flesh Eating Foundation is comprised of John E. Smoke (songs, noises and shouting, deafness and blindness), The Juddaman (writing, voices and noises) and Jules (axes and shouts), with Mash and Big Un joining on guitars when the mood is right. Co-founder John E Smoke is known as one of the few deaf/blind musicians working on the scene and can often be seen with his lovable noise loving guide dog JJ.

If you want to be the proud owner of some fleshy tunes, they can be found digitally across the usual online stores and streaming platforms, and the band also has shiny discs and black grooved wax available. ‘We Are Fucked’ will be released on limited heavyweight vinyl on May 1, 2018. All formats will be available via the band’s own Bandcamp site.

The video for the radio edit of the lead track, cleverly called We Are Censored, was created by the Lichfield-based partnership Carradice Hinch.