There was no easy way into the heart of Portland for a recent Black Rebel Motorcycle Club show at the Roseland Theater. Fans managed to pack the house despite winter weather conditions and unsafe roadways that were covered in snow, sleet and ice. As for myself, I had a moment of “do I turn back now while it’s still safe?”  Shortly there after I was getting plummeted by snow as I drove over the mountain ranges. In the end, I went for it as I always do with blankets, food and water packed in my car. My saving grace was the fact that the roads were still wet with the temps outside at 34 to 37 degrees.

B.R.M.C. are currently touring in support of their latest release ‘Wrong Creatures‘ which is a welcome addition to their already respectable back catalog. I would even go so far as to say the new tracks line up with some of their greatest works to date. The set-list for the evening started off with ‘Spook’, ‘Little Thing Gone Wild’, and King Of Bones’ off ‘Wrong Creatures‘. They continued their set with a mix of a few more new tracks alongside fan favorites that included; ‘Let The Day Begin’, ‘Stop’, ‘Beat The Devil’s Tattoo’ and ‘Spread Your Love’. Robert Levon Been, Peter Hayes and Leah Shapiro sounded better than ever as they belted out each song with such carefully crafted audio alchemy.

Don’t let B.R.M.C.’s alluring darkness fool you as I quickly found myself engulfed in a magnificently powerful wall of sound and pulled into an interstellar ride that led straight into the heavens. The show was truly pure magic to the point that I became spellbound and had to literally put my camera down to experience the moment. Most fans would agree with me as this was the first live show in a long time where I didn’t see so many cell phones out documenting their every move. The accompanying light show was just as intense with bright white strobes that moved very quickly from light to dark with added colors in-between. After ‘Spread Your Love’ ended…I overheard an enthusiastic fan exclaim to his friend as he punched the air, “Oh my god! They’re so damn good!” 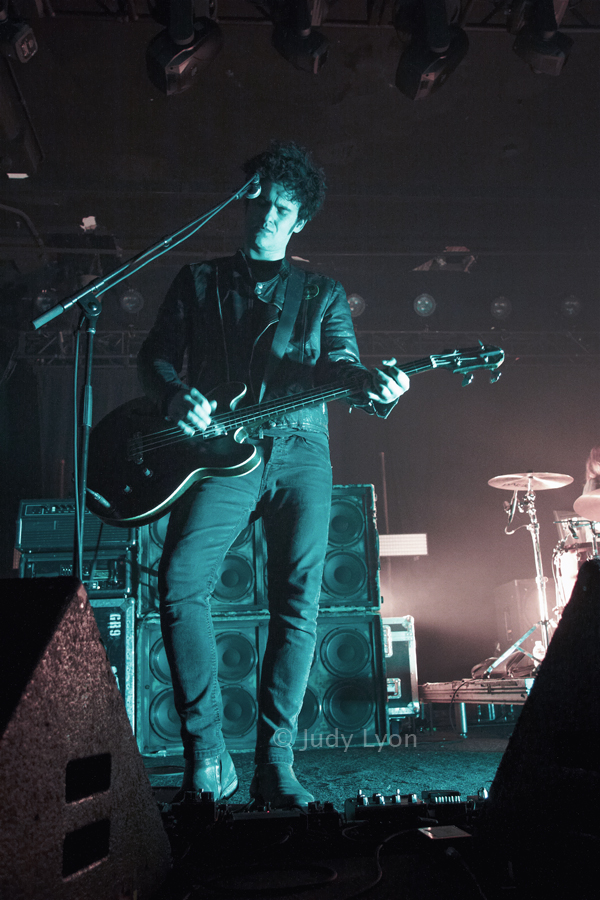 Warming things up for B.R.M.C. this evening was ‘Night Beats’ who are an American psychedelic/garage rock band from Seattle. Their lively performance left me impressed and wanting to hear more. They’ve also had the opportunity to have toured with the likes of The Black Angels (band) (in the UK, Europe and U.S.), Roky Erickson, The Zombies, The Jesus and Mary Chain, The Strange Boys, Black Lips, and The Growlers. ‘Night Beats‘ are Danny “Lee Blackwell” Rajan Billingsley (singer and guitarist), James Traeger (drums) and Jakob Bowden (Bass). The touring drummer for ‘Night Beats’ has been Jonah Swilley.

Upon leaving the Roseland Theater, I noticed many homeless sleeping in tents on the sidewalks just outside the venue. The harshness of the elements was a true juxtapose from what I had just experienced with the inside soundscape of immense beauty and energy. It left me with a feeling of hope that music can bring happiness and joy to everyone even in the darkest of times or situations.

Special thanks to Liane Chan at BRMC Down Here 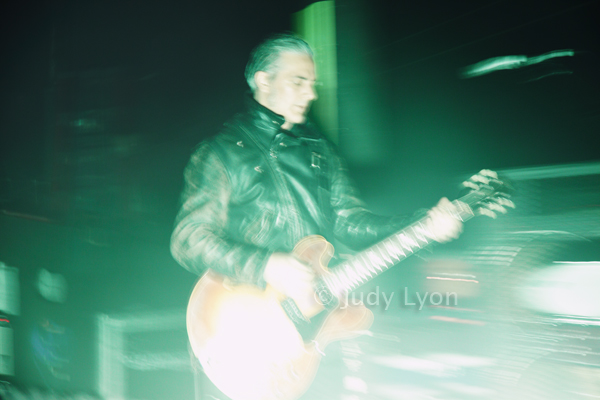 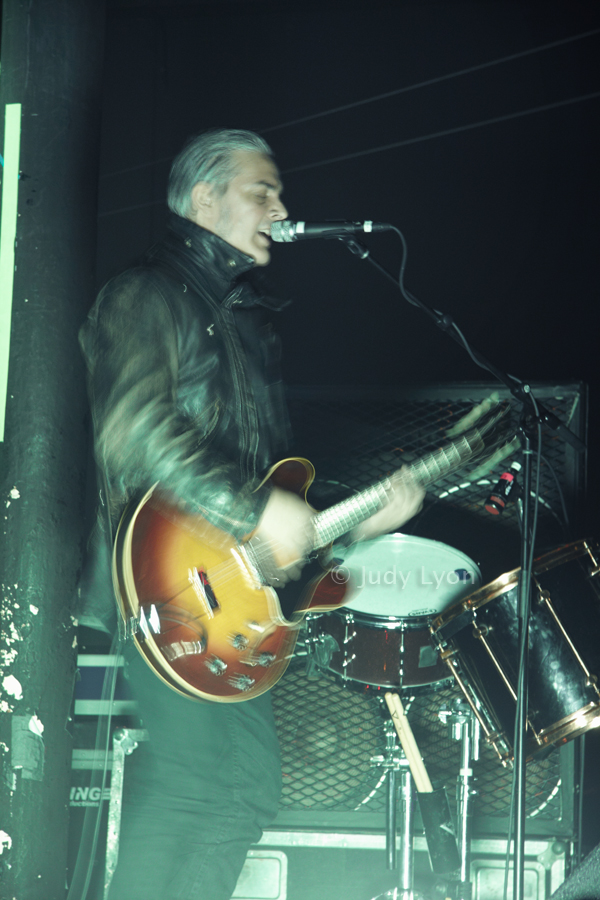 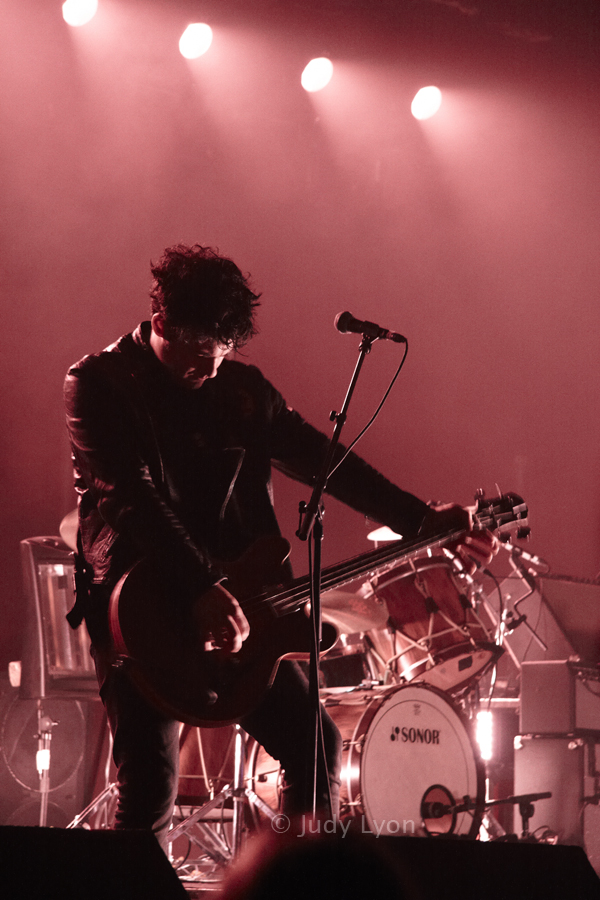 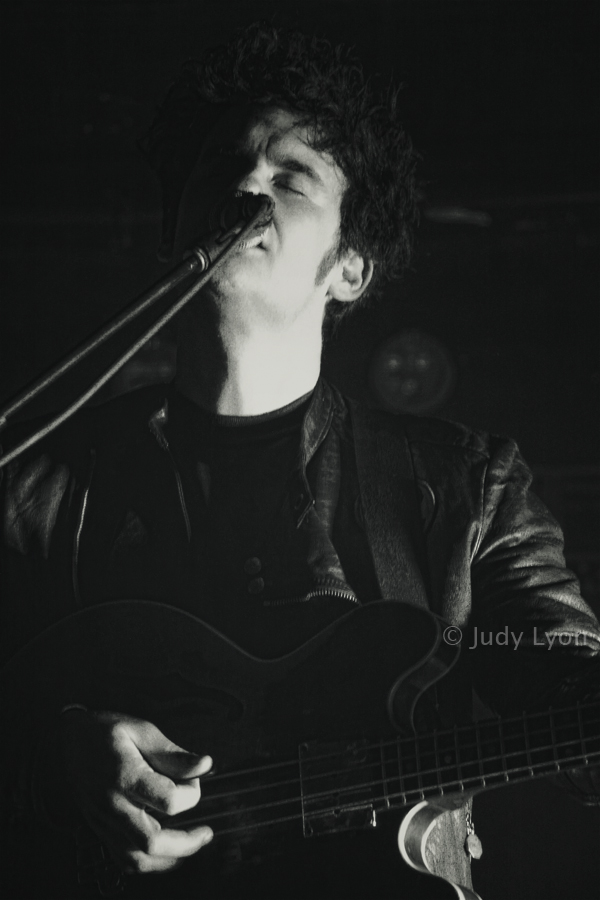 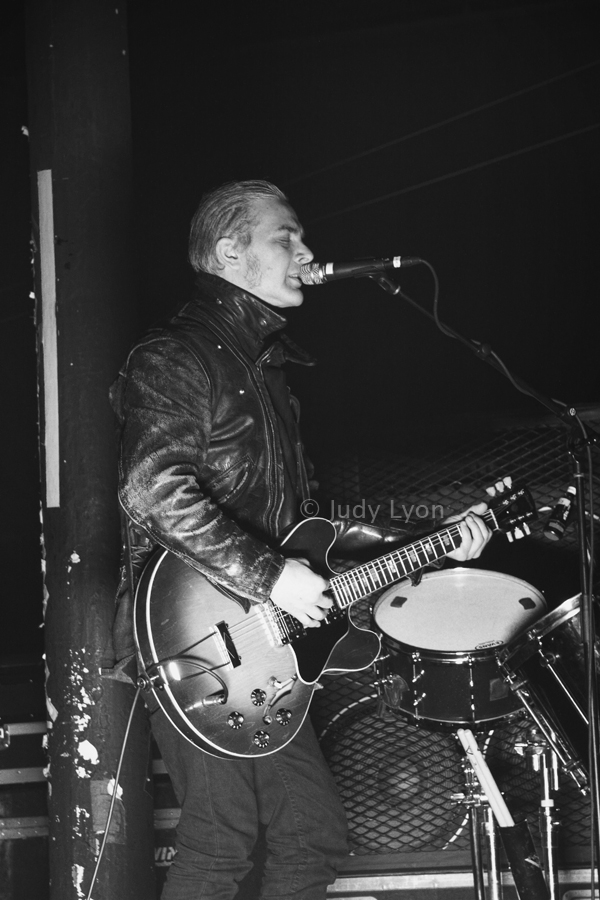 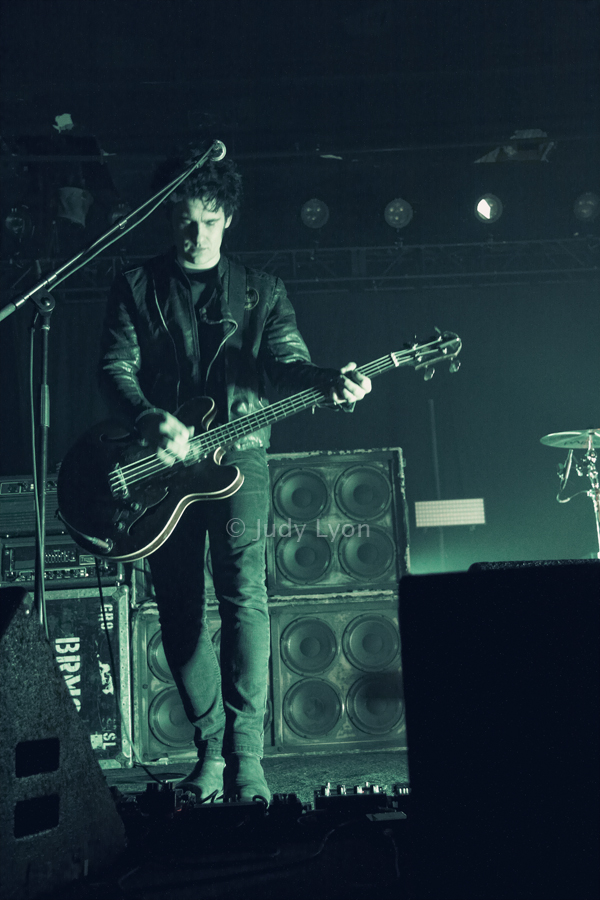 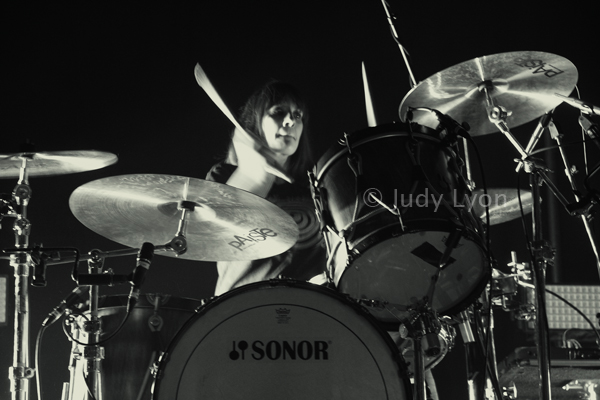 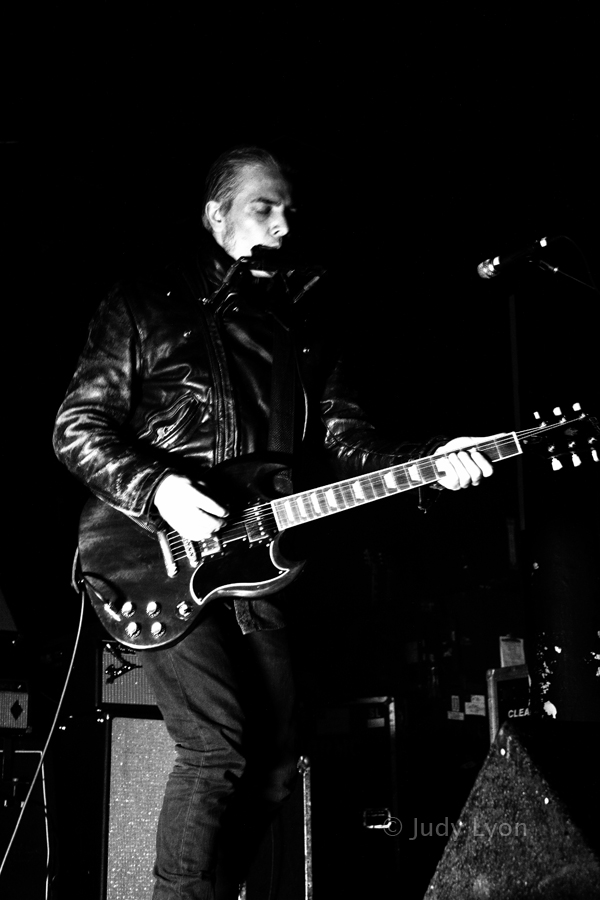 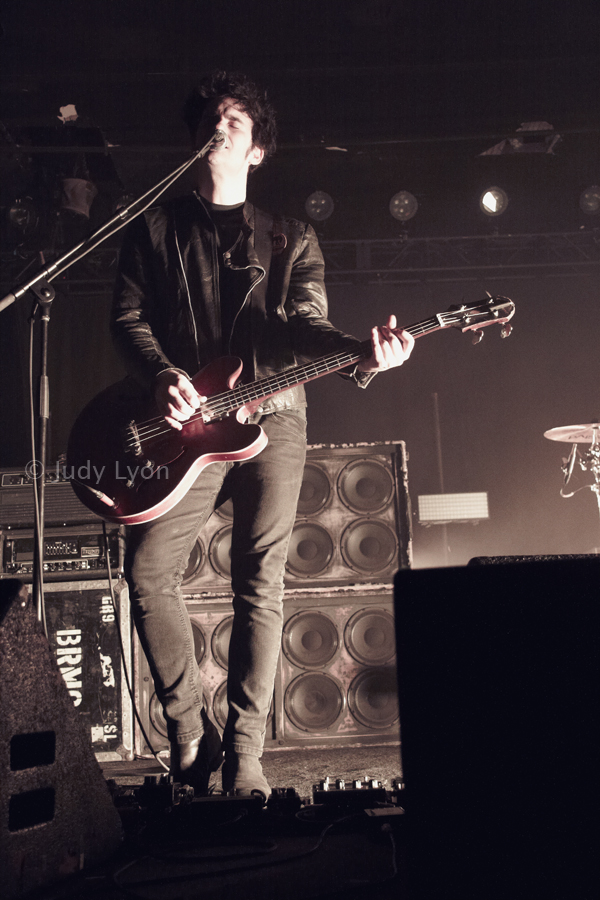 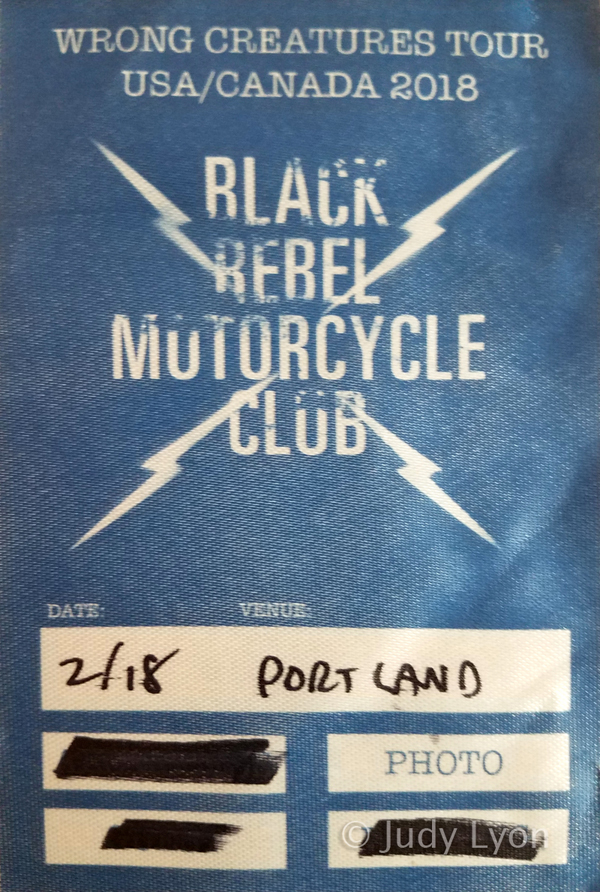 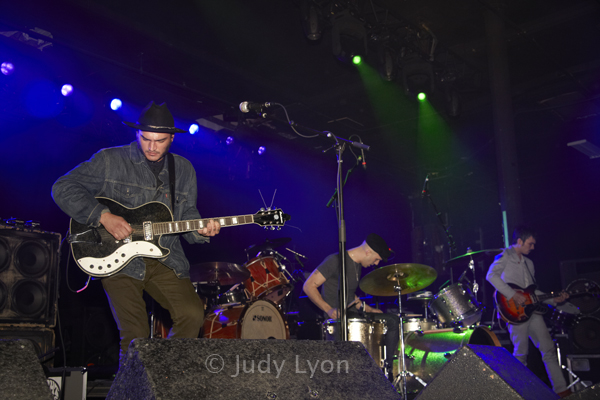