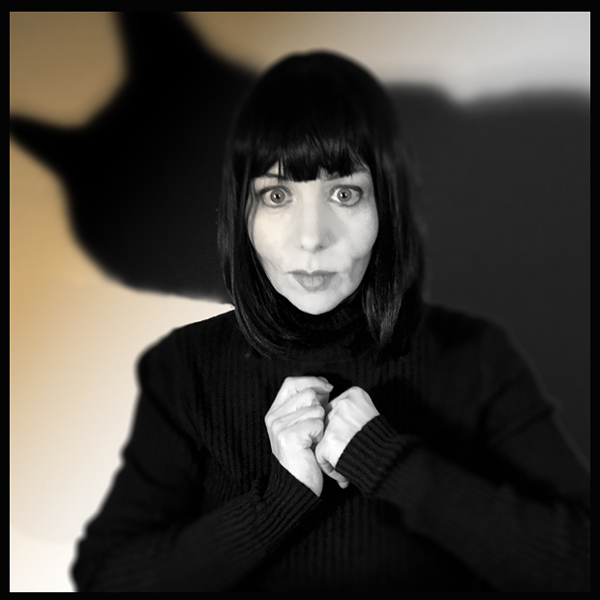 Jenn Vix won the lottery when her first solo demo was reviewed by Rolling Stone Magazine back in 1994 (the Kurt Cobain death issue #683). Shortly thereafter, she was picked up by the reputable Dutch East India distribution company in New York City and has kept coming back stronger and stronger through the many highs and lows of her career ever since. Jenn Vix’s latest release “Unlocked” is nothing short of a heartfelt beautiful mix of power, strength and survival. She’s a true testament of the human spirit that can rise up with her sheer will and determination despite being very sick and almost dying from a misdiagnosed illness. Her songs for ‘Unlocked’ were written during this time period and are exquisitely weaved together, story by story, with beautiful melodies and powerful backbeats.

For the new ‘Unlocked’ EP, Danny Chavis (The Veldt, Apollo Heights) lends his expertise with the production and remix of the track ‘Complicated Man’, as well as contributing guitar and other instrumentation. The single ‘Unlocked’ involves John Ashton, original guitarist of The Psychedelic Furs, who previously collaborated with Jenn Vix on two tracks (‘The Woman with No Fear’ and ‘Weirdo’) on her five-track EP ‘Strange Buildings’.

“Jenn’s haunting voice draws you in immediately and possesses a vulnerability that feels genuine,” says John Ashton. “Her music is where minimalist groove electronica meets gritty rock guitar and melodic bass, which for me, is far from a bad neighborhood to be hanging around in. It’s dark and vibey.”

Torched Magazine is pleased to have had the opportunity to sit down with Jenn Vix and ask a few questions about her amazing career, what it was like working with Daniel Chavis and John Ashton, and how she was able to overcome hardships in order to produce her latest release ‘Unlocked’….plus more…

TM – What was the inspiration behind your first single ‘Complicated Man’ from your new release ‘Unlocked’ EP?

Jenn – Wanting to be with someone who has revealed themselves to be complicated, and unavailable; after they let you into their life, blew your mind, and then things went silent between the both of you, due to said complications, and from the stress of clandestine meet-ups.

TM – Could you briefly describe the music-making process? You’re also producing your own music, aren’t you?

Jenn – For years, I recorded in analogue studios, but then I switched over to Cubase, because I could record at my own pace, on my own recording computer. I’ve produced my own music since 2004, shortly after the release of my third album, “3.” I was previously working with two different producers, but I have always written my own music and lyrics as a solo artist. On the new EP, Danny C. Chavis, of The Veldt, produced one of the tracks as a re-do and or remix. He swapped out the original beat with a trap beat, added his own keyboard bass line, and wrote and played guitar lines on the track.

My writing style varies, in that sometimes a keyboard hook will drift into my mind, at first, or at times I will start with lyrics, or a bass line. I play bass guitar, keys; synths, electronic drums, lead guitar, and acoustic drums, so again, I can start a song with any of these, and just see where it goes. From 2006 to 2013, I wrote and recorded roughly 100 songs; 75 of them have yet to be released.

TM – How has your music evolved since you first began? When and where did it all start for you?

Jenn – I started playing drums at age 3. My cousin had an old Ludwig set in the basement at his house, so when I was there, I would play for hours. I joined my first band in NYC, as a singer, at 17 years of age. Before I did that, I sang in a live performance at a NYC club, called Danceteria. We called ourselves Disco Donut, and I sang backup vocals for Nicole Willis, with Adam Horovitz; of The Beastie Boys, on bass guitar.

Jenn – I grew up listening to punk, post-punk, and electronic music. I have an old friend; sadly now estranged from me, who was in a legendary punk / post-punk band, in London. He is the reason I picked up a bass guitar. I’m also interested in science fiction movies and books, technology, nanotechnology, psychology, and parapsychology. These subjects often show up in my songs.

TM – What was it like collaborating with John Ashton of The Psychedelic Furs and Danny Chavis of The Veldt on ‘Unlocked’?

Jenn – They’re both brilliant musicians, and it was a pleasure to work with the both of them. They both bring a lot of creative energy to the table, and I think that they have both given my tracks a new sonic landscape. They have their own distinctive sound.

TM – But this is not the first time you’ve worked with Ashton and you’ve even performed live together. Can you tell us more about that?

Jenn – Yes, John wrote and recorded with me on my Strange Buildings EP. We also did a live, in studio performance, at 95.5 WBRU FM, in Providence, RI, in February of 2016. It was the first time I had performed live since December of 2012; in NYC.

TM – You’ve also collaborated with members of The Cure (several even), Tin Machine and Iggy Pop and David Bowie’s bands. That’s pretty massive. What have been your favorite collaborations to date prior to this release?

Jenn – I don’t prioritise one collaboration over another; I’ve enjoyed working with everyone, equally. The quirkiest collaboration track was the cover version of “Turpin Hero,” that I recorded with former Adam and the Ants guitarist, Marco Pirroni. It is a scathing electronic rock track, and by scathing, I mean that Marco’s guitar tracks were as loud and as intense as f*ck. We recorded it for a Shirley Collins (folk) tribute album, but because it was considered to be too untamed, and intense, it ended up only being on the online version of the album. The project directors thought it was too brash to be on the vinyl version. Marco and I had a good laugh about that.

TM – You’ve had some real adversities throughout your career, how have you been able to overcome them in order to continue your craft?

Jenn – I was homeless at 14 years of age, on the streets of NYC, I am a domestic violence survivor, and one of my old friends actually attempted to murder me; I had to go to an FBI office because of the situation. Local and state police referred me to them, but the attorney general at the time decided to just close my case. After all of this, I almost died three years ago from a misdiagnosed illness; I had to wait months for a proper diagnoses and for surgery, and I had to call and beg the surgeon to help me. For about a year and a half after this happened, I was so freaked out that I could not even listen to music. I had to crawl out of my grave and fight. I still wake up shaking from nightmares, and I have anxiety and flashbacks. I force myself to keep going. I just keep telling myself not to give up. It’s scary and confusing, but it has been said that every day you’re above ground, is a good day. I’m trying to keep that thought in my head. I don’t want to give up.

TM – Are your lyrics generic or based on real experiences? Are there any in relation to the current EP that you’d like to share with us?

Jenn – They are based on my own experiences, but also from movies, books, and other people’s experiences. My new EP is based entirely on my own personal experiences over the last four years. The lyrics tell the story of what happened to me shortly before I almost died.

TM – Do you have any hobbies or other activities outside of music that help to rejuvenate your creativity?

Jenn – I walk for about 100 minutes a day, and some of the walking is up steep grade hills. I’ve even walked in a blizzard.

TM – Thank you for your time Jenn. We wish you well in your awesome path.

Jenn – Thank you for your interest, and for your kindness.