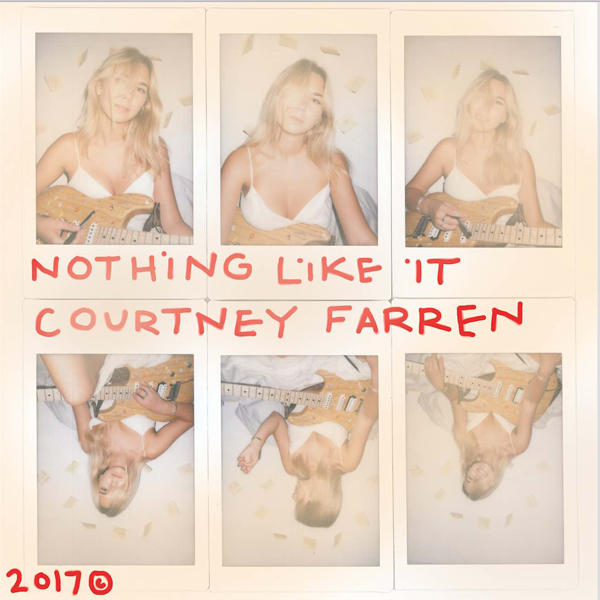 There’s nothing like that heart wrenching break-up of a love relationship, I think we can all agree on that. Courtney Farren dives right into many of those deep emotions with her debut six-track album and first single ‘Nothing Like It’ that features guitar and piano songs recorded earlier in spring of this year. Courtney’s emotionally driven and heartfelt songwriting and performances lend themselves to her current live set up of guitar and vocals.

Courtney Farren may be new on our radar, but it seems she may have found a place here permanently. Her melodies seem much like a stripped down acoustic version of 4AD darling Daughter but are higher on the singer-songwriter element than full band production that the latter has gone for. This is subtle, tranquil and emotional, yet penetrating, music. Highly recommended!

“What is a break up anyways? I was broken up, though, surely… Bad joke. I can’t speak for my ex’s feelings, but this album contains mine. I started seeing someone and I let it consume me in a few ways. One of those ways led to a lot of songs. I wrote this album over the past year,” explains Courtney Farren.

“I think this record is a good representation of what is to come in my music. I am constantly working and reworking my sound and style in order to best showcase my songs, and I am looking forward to sharing what is produced from those transformations along the way.”

Courtney Farren releases ‘Nothing Like It’ on October 6 and will be playing many live shows, both at home and in Europe, in support of this album, including a mini-tour with American Anymen and guest appearances by many talented artists along the way.