Michael Ciravolo’s Beauty In Chaos is celebrating the release of it’s new video for ‘Stranger’ Ft. Kat Leon (Holy Wars), off the recently released album ‘The Storm Before The Calm’. ‘Stranger is the third video/single from this third full length album from Beauty In Chaos. The new album hinges on a more dark and brooding edge this time in it’s ever growing evolution and changing cast of industry luminaries.

Michael Ciravolo and Producer Michael Rozon set a haunting and dark soundscape for ‘Stranger’, whereas Kat Leon’s vocals adds a subtle sweetness to the deep and personal lyrics where she tells the story of loosing oneself amidst personal tragedy.  The new video was directed by Leslie Gladney which adds a dark and moody yet whimsical background to the overall visual story. Michael Ciravolo and Kat Leon were kind enough to answer a few questions for Torched on the new song and video today along with working with BIG and other exciting new projects/releases on the horizon.

Beauty In Chaos recently released The Storm Before The Calm that features Kat Leon on the song ‘Stranger’.. What was your inspiration behind this song? Were the lyrics based on real life experiences or fantasy?

Musically, Michael Rozon and I just built up a beautiful soundscape based around the guitar sound and the simple piano melody. When Kat and I started talking about her being part of the know album, I felt this song would be perfect for her as she hand sent me a few of her songs that she had down outside of her band. I knew this would work and I am thrilled it resonated with her. – Michael Ciravolo

The lyrics were based on the grief I felt and continue to feel after the loss of my parents in 2015. This song focuses on the feeling  of being disconnected and like the lyric says “A stranger to myself” and explores the search of finding ones self again through the acceptance of loss and a new life. The choice to live in this void or to find a way out. – Kat Leon

The video for ‘Stranger’ projects dark and whimsical imagery… What was your inspiration behind the visuals here?

As with all of our BIC videos, I strive to make each one as unique as possible and hopefully way different from the previous. In this case, I know ‘Stranger’ is a complete 180 from ‘A Kind Cruelty’! Sonically and lyrically this song felt ‘cinematic’, which is the word I kept using with our director Leslie Gladney. This is her first role as director, but she has worked on most of our other videos and even appeared in two. It certainly helped to have Kat as the star of this one, as she is very captivating and simply knows what to do. She has a lot of her own videos under her belt, so I think the three of us – after a bit of back and forth, created something very cinematic and special. – Michael Ciravolo

The video was in collaboration between Michael, Leslie Gladney (Director) and I so together we discussed what this song meant to each of us and the imagery that best gives the feeling of being intimately inside this void. From that, colors were displayed representing stages of this feeling and searching and the pacing of the video took its time as more of a moment in time and exploration verses a resolve. – Kat Leon 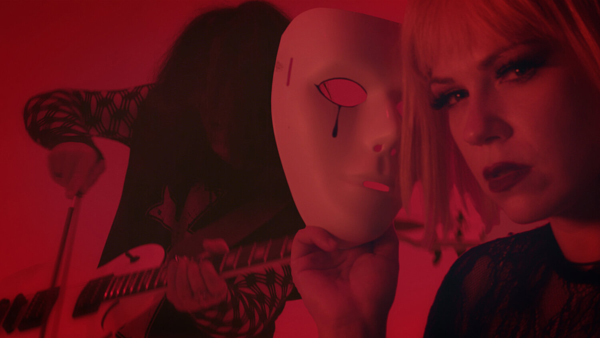 What was it like working with Kat Leon for this new song and video?

Both where very creative and inspiring. I stumbled on her by accident with her band HOLY WARS. I was captivated by not only her voice, but her lyrics. She is good people, and a total pro. People tell me I work hard, with family, Schecter and BIC; but she might just have me beat. Its really inspiring to see just how hard she works at her craft. I truly believe she will be a star. …- Michael Ciravolo

What was it like working with Michael Ciravolo and Beauty In Chaos for this new song and video?

It was really great to work with Michael and Beauty in Chaos. I felt strongly connected to the original track of “Stranger” that compelled me to write these intimate thoughts and feelings.  Michael gave me the freedom to explore these lyrics and really made me feel supported and comfortable to share this type of catharsis. I am proud of what we created together and think it gives the album a beautiful color adding to the album’s range with a unique depth. – Kat Leon 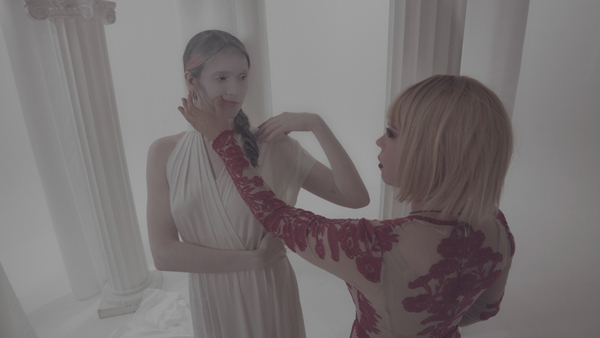 Is there anything else that you would like to share that I may have missed? Thank you for taking the time for Torched!

As always, I ask that friends and fans of BEAUTY IN CHAOS take a deep dive into each of the artists’ music outside of BIC. With my role as ‘curator’, it is important that BIC continues to revolve and evolve. On the surface, maybe our new album does not have as many of the ‘big names’ as our debut, but all of the artists on this album are world-class in my book and I personally think it is a stronger and more cohesive record than ‘finding beauty in chaos’. Ashton has is great new album out, and Kat and Holy Wars will be releasing a fantastic upbeat track, ‘IHATEMYSELF’ next week!

Oh … and there is also the ReMission International version of ‘Tower Of Strength’ coming 8/28 which I am blessed to be part of! – Michael Ciravolo

I am about to release a single called “IHATEMYSEL” in Holy Wars.  A song that is been highly anticipated by our fans. We’ve been playing it live for the last year and has been the song everyone keeps asking us when it will be released so I am very excited to get this one out. I also released a solo EP under Kat Leon of a collection of songs for film and tv and debuted a project Pep Squad  – Kat Leon

Beauty In Chaos a masterfully curated musical endeavor by Michael Ciravolo, who is not only an outstanding and well respected musician, engineer and producer in his own right but also the President and CEO of Schecter Guitar Research. His project brings together some of the most iconic names in the music world which includes, Wayne Hussey (The Mission), Simon Gallup (The Cure), Michael Aston (Gene Love Jezebel), Robin Zander, Ashton Nyte (The Awakening), Michael Rozon, Kevin Haskins (Love And Rockets), John Fryer and Al Jourgensen (Ministry), to name a few.

Beauty In Chaos’ new full length album The Storm Before The Calm is now available for purchase through BIC’s website HERE. The new album was recorded at Ciravolo’s own SAINTinLA Studio, released via LA-based label 33.3 Music Collective and was produced by Michael Rozon (Grammy-nominated for his work with Ministry). Previous album releases ‘finding beauty in chaos’ and ‘beauty re-envisioned’ are both available through the BIC website and Bandcamp. 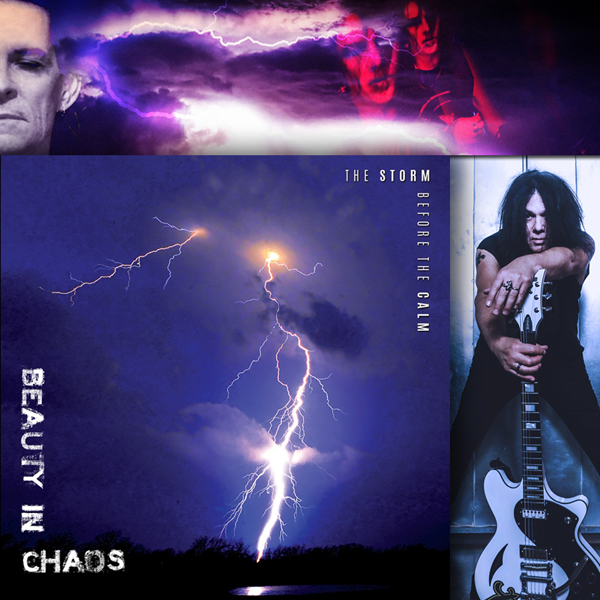 All images courtesy of Beauty In Chaos

Keep up with Beauty in Chaos