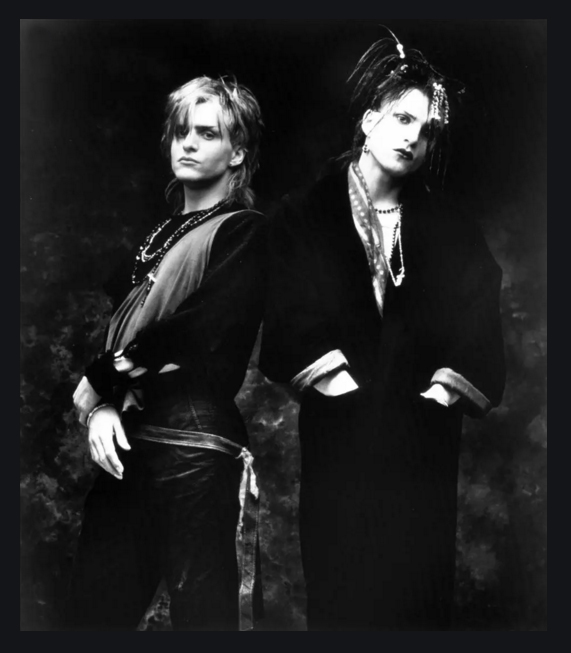 Gene Loves Jezebel’s Michael and Jay Aston have set aside their differences and will be singing together again on a track for the first time in over 20 years! It was announced  by way of Wayne Hussey and The Mission fan sites as well as Michael Ciravolo’s Beauty In Chaos blog. From what we know so far.. the project is a fund raiser to help fight COVID-19 and is called ReMISSION INTERNATIONAL which brings together many musical talents for a remake of The Mission’s classic song ‘Tower Of Strength’. The song will be mixed by Tim Palmer who is known for working with such greats as David Bowie, U2, The Mission, The Cure and Gene Loves Jezebel, to name a few.

“Who’d have thunk, Julianne Reagan, Jay, and meself have a reunion? Silver linings…Shaving our necks and Sun and Insanity.. and a brilliant project, thanks to Wayne Hussey and Michael Ciravolo. Nothing but the marvelous is beautiful.”

Words from Beauty In Chaos/Michael Ciravolo

Q: I see that you are part of the new ‘tower of strength’ recording. There are so many of my favorite people in this. I am a fan of Gene Loves Jezebel and was surprised to read that the brothers are on this, Do you know how that happened and what it means?

A: “I should have figured that after Wayne’s post today about the ReMISSION INTERNATIONAL line-up that there would be some surprise and questions; especially as it came to the estranged Ashton twins. As Wayne was working on contacting singers to be involved in the 2020 version of ‘Tower Of Strength’, I guess I take the blame or credit, depends how you look it it of suggesting them. I have remained friends with Michael Aston since being part of the Gene Loves Jezebel Anniversary tour in 1997-1998. Besides doing 100+ shows over the years with him, I have written and recorded two albums with him, and he was also featured on BIC’s ‘FBIC’ opening track – ‘Road To Rosario’ I can’t say I remained friends with Jay, as in his brain, I sided with his brother in their ‘dispute’. Wayne however, has remained in touch Jay as his ‘version’ of GLJ has supported The Mission over the years, even on the most recent pre-covid tour. So he and I both reached out to our respective Aston and asked them to sing on this. To their credit, they both have put their differences aside enough to be part of this amazing and worthwhile project. Remember 100% of the monies from the sale of the song will go to each artists involved Covid-related charity. It has been a lot of work, especially for Wayne who really pulled this all together – for all the right reasons. It is great to see all of these amazing artists lend their talents to this, and I am blessed to be a small part of this. As for Michael and Jay, I am glad they did this, as I am sure most would have thought it would not happen, but bravo to them. As for the future? Who knows.. I don’t think this will lead to an Aston brothers reunion, but stranger things have happened. Hopefully, it as least opens the door to some sort of reconciliation, even if it doesn’t include GLJ.”

The Mission – Tower Of Strength