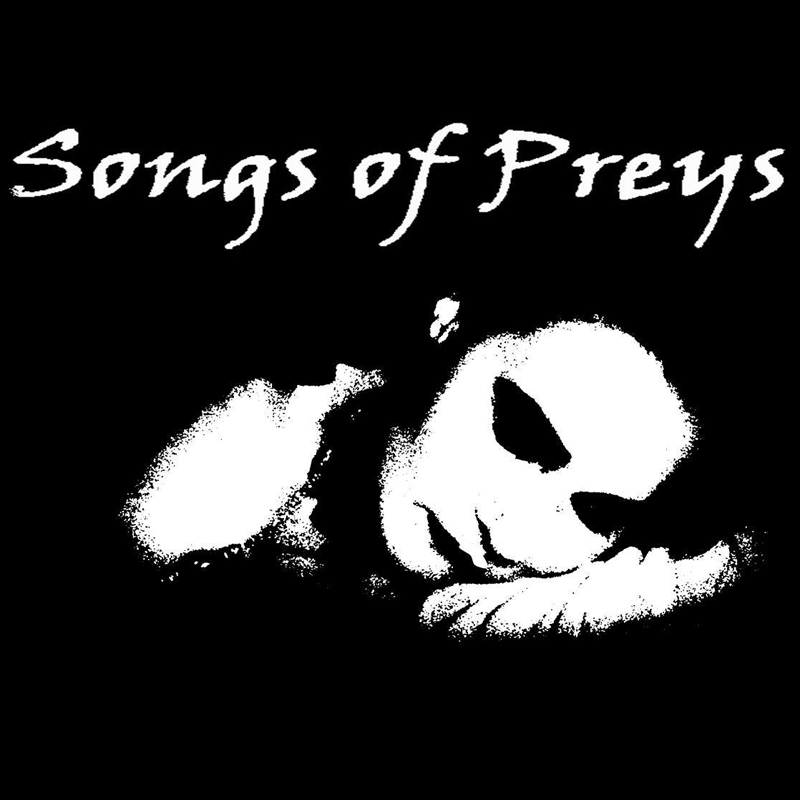 Torched Magazine gets to know the legendary post-punk era music spinner, DJ Mark Musolf and Songs of Preys. Self coined as a ‘one-stop-shop’ experience he and his business partner, Sarah Wilson, have taken supporting the music that still matters to another level. “We book the venues, the travel, the accommodation, the promoting and all the artwork. This combined with an Internationally recognized radio show, makes Songs of Preys a force to be reckoned with,” says Mark. Today we dive into his story past present and future.. from the early days as a DJ at Tiffany’s where he booked / dj’ed many iconic shows such as Bauhaus, The Birthday Party, Gene Loves Jezebel, The Psychedelic Furs and Sex Gang Children.. to name a few.. to the present with Songs of Preys and what the future holds.

When and where did your love for music start for you? What was your first memorable introduction to music?

It’s a bit of a cliché, but my love for music started with David Bowie. My older sister liked Bowie, Bolan, Elton John and the likes which got me listening to music. I remember in the mid 70’s drawing the ‘Bowie/Ziggy’ lightning bolt on my face with coloured pens. It took me longer to wash off than it did to draw on.

You started your DJ career in Northern England back in 1980 doing ‘alternative’ nights.. What ere some highlights from this period in time?

Punk rock had died, the UK was in a slump and a lot of ‘post-punk’ bands were getting heard. This combined with the glamour of the New Romantics made for a very vibrant alternative music scene in the North of England. Leeds had Red Lorry Yellow Lorry, The March Violets and The Sisters of Mercy and Bradford (and Keighley) had Southern Death Cult and The Skeletal Family. Most alternative bands in the country wanted to play The Warehouse in Leeds, it was almost like the ‘alternative’ stamp of approval.

What would one of your play lists look like from the early 80s?

How did you get involved with working DJ gigs for Tiffany’s?

I used to attend the alternative night in the room there called ‘Bali-Hai’. This was a small room upstairs and there was a bigger room downstairs where the more mainstream music could be heard. The DJ in the ‘Bali-Hai’ did not have a wide selection of ‘alternative’ records, so I would often bring records down for him. One particular evening I got a phone asking if when I was to attend that evening, if I could bring as many records as possible and they would explain later. When I arrived, I was informed that the DJ from the main room had walked out and that the DJ from Bali-Hai would have to cover the main room. This meant I was thrown in at the deep end to DJ for that night. So, I played all my favorite songs which, by pure good luck, had people dancing all night. At the end of the night the manager offered to pay me MORE for two night’s DJing a week than I got paid for a full week’s work at my day job. It was an offer I could not refuse. Sadly, the days of the Bali-Hai were numbered, and I moved on to Le Phonographique in Leeds to DJ with Anni Hogan, who later became keyboard player for Marc & the Mambas. The ‘Phono’, like ‘The Warehouse’ became an iconic place in Leeds musical history and was often frequented by Wayne Hussey, Marc Almond, Si Denbigh, Andrew Eldritch and Craig Adams.

I understand you booked many notable events at this location including Bauhaus. What are some of your fondest memories from the Bauhaus gig? Who were a few of the other bands that you were involved with bookings during this period in time?

There was a local organization called F-Club that used to put bands on at different smaller venues. They had put gigs on at Tiffany’s before, so when they needed a venue, the manager of Tiffany’s advised me to take them up on their offers should any come around. With the Bauhaus gig, it had been mentioned that they had an Australian support band. Being young and naive I readily agreed. The night of the gig I talked out on stage to announce, ‘Ladies and Gentlemen, Tiffany’s Leeds are proud to present The Birthday Party’. As I turned to walk off stage, a tall, stick-thin figure with a mass of hair ran past me and leapt into the crowd. As I turned to look, I could see Nick Cave crowd-surfing. I was so convinced I would lose my job, yet the manager loved it. Other band’s that I had a part in playing Tiffany’s were; The Psychedelic Furs, Soft Cell and Sex Gang Children. We tried to get Billy Idol to play, but he declined. However, he did send a signed picture disc as a way of an apology. 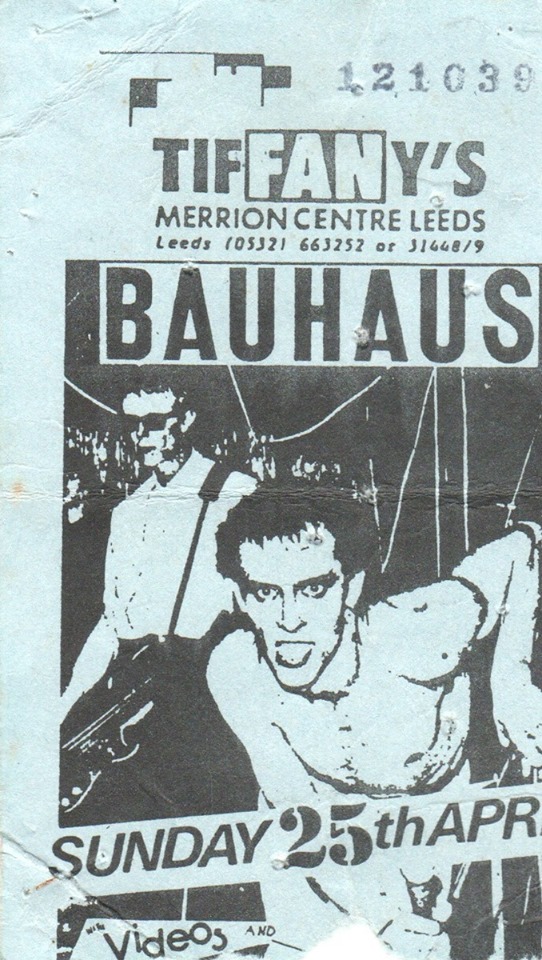 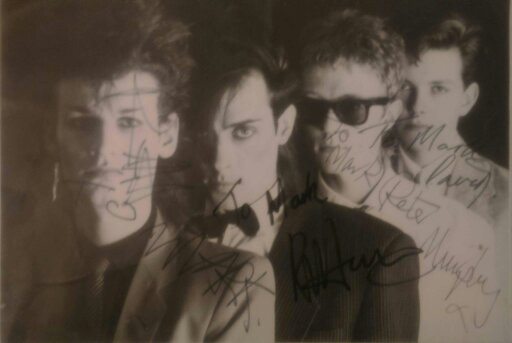 What was your inspiration behind starting your business ‘Songs of Preys’? How have you evolved over time?

My business partner Sarah Wilson had seen an advert for am online radio station wanting a variety of DJ’s. At this point I had lost a bit of faith in the music industry. Sarah had the idea of me playing songs from when I was first a DJ as at that point, there was little or nothing like that on air. The radio station loved the idea, and Sarah came up with the name ‘Songs of Preys’ as an apt play on words taken from the popular religious TV show in the UK called, ‘Songs of Praise’.  The booking gigs and tours for bands came about when we found out that a lot of band’s were getting fleeced by promoters and we wanted to re-address the balance. After all, people pay their hard-earned money to see the artists NOT the promoters.

You’ve had quite the successful career thus far.. Do you have plans for growth or expansion in the future? If so, what?

Following the success of the tours we have put on, and the popularity of the radio show we are now in discussion with several bands from the UK, USA and Europe about arranging more gigs and tours in the UK and abroad. We still have a residency in Whitby where twice a year, thousands of goths and alternative types arrive in the small fishing town to enjoy live music and club nights. Songs of Preys have also enjoyed our involvement with Beauty in Chaos and look forward to that friendship thriving even further.

Who have been some of your mentors or inspirations on your life path?

My stepfather who did his best to keep me on the straight and narrow. He told me to stand up for what I believe in. For me to stand my ground and not to crack under pressure. He taught that it was okay to be different. Sarah Wilson, my partner at Songs of Preys for giving me that confidence to do all this. And musically David Bowie, Gavin Friday, Marc Almond and many of the bands from the early days of the alternative scene in Leeds gave me the inspiration and material to shine with.

Thank you so much for taking the time for Torched Magazine!

Keep up with Songs of Preys