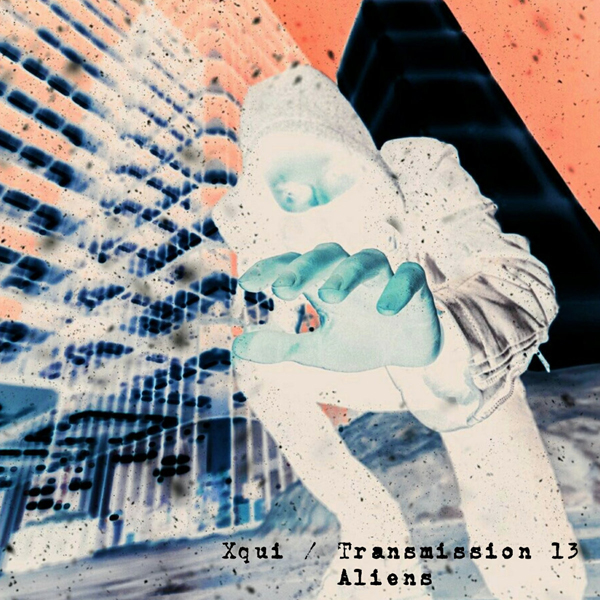 Xqui is an intriguing artist with a new EP newly released via Bandcamp. Having appeared on the electronic music scene just this year, Xqui already has several releases to his credit. We had a chance to chat with Xqui this past week. Now you can read all about him and his new ‘Wyrmling’ EP, which was just released this past Friday, August 24.

Hi – Xqui is a new project I’m not all that familiar with. Have you been making music for long?

Hi. I’ve been making music on and off for over thirty years but, Xqui is a new project for me. I started this around April this year but it had been on my mind for a while. I wanted to do something very different to my other work

How did you initially get into the kind of music you are playing? Have you always mainly gravitated towards experimental music?

I’ve had a leaning toward ambient music for a few years but it was more experimental artists like Chow Mwng, Human Edwards and Cahn Ingold Prelog that got me interested in sound, noise and field recordings. I realised that I had a headful of ideas and wanted to do something as a solo project. I’ve had an off-kilter musical taste for a long time and have veered towards the weird rather than the conventional although I do admit to liking a good pop song!

Please tell us about your latest release for this Xqui project.

The Wyrmling EP is the final release in a three part series following the Dragon album and the Dragonette EP that came as a free download as part of the cd package. It contains six remixes of album tracks from six very different artists and to me shows further sides to Xqui. I was very aware that some of the tracks had further life in them and wanted to see the beast of the album reach its full potential.

What was the inspiration behind this music?

I had already asked Sheer Zed if he wanted to remix Bun and the result was amazing so I thought it would be fun to see if anyone else was up for the challenge. I put out a request on Twitter and had immediate interest so the idea for the EP was born.

Did you collaborate with anybody for this release or is this fully a solo effort?

Aside from Sheer Zed, the Wyrmling EP contains remixes by Antriksh Bali, RP Sten, Trium Circulorum, Equinox and Alan Morse Davies who all added a very unique spin to the tracks.

I’m based in Lancashire with my heart in Wales, or somewhere above the clouds.

What is your instrument(s) of choice when making music?

I don’t use conventional instruments. My noise is made via field and media recordings which are manipulated via phone apps and computer software. I love taking an organic sound into something very digital sounding, sometimes calming, sometimes disturbing.

Wyrmling is out on 24 August on cd and download via Bandcamp. The cd comes as part of a package which also includes, a Dragon gallery, hand drawn image, fantasy postcard, Xqui badge and a download code for the Bun video and will be posted worldwide! I’m currently working on the second album which will be slightly more abrasive sounding.

Can you recommend us a few artists you like for us to check out?

So many spring to mind. In particular, I would check out Chow Mwng and Radio Europa who both take the path of experimental music and noise further than you could imagine.

What does the future of ambient and experimental electronic music look, in your opinion?

I think there’s quite a resurgence of ambient at the moment, there’s been a lot of attention in the UK and I think it’s been a very overlooked and ignored genre in general. The experimental/noise scene is growing daily, so many artists appearing with quite incredible ideas and outlooks. I’m big into TQ Zine at the moment which focuses on the no-audience generation whereby the artists are the audience, it’s fascinating and worth a look. The great thing with experimentalism is that there are no boundaries.

Also enjoy his latest single ‘Aliens (with Transmission 13)’, issued at the beginning of this month: